Skip to Content
Home Politics India yet to be independent 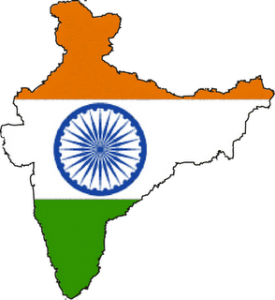 Note: Though for outer world India got freedom from British imperialist, the reality is, it was just a transfer of power. Even now in the premise of modernity, Indian society is having graded inequalities. The so called ‘lower caste’ communities still can’t exercises their rights and enjoy freedom in an independent country. The discrimination and atrocities have become the everyday matters for lower caste (Marginalized population) in India, which is considered as largest democratic county of the world.

One can conceptualize caste on the basis of traditional hereditary occupation or productive role. Commonly across the globe people know this as it is linked to a specific material function around which their collective identity coheres. According to Hindu mythology (interpreted/misinterpreted by religious priest) ‘Karma’ (assigned work by religion). It’s what they do—what, in fact, they are born to do. In India people are born firstly as potters, barbers, basket-makers, agricultural laborers, scavengers of dead animals and as human being later.

It is the nature of a caste’s traditional productive role that determines its status in relation to other groups in society. The rituals criteria on these bases Indian castes are ranked follow from their respective material functions. There are priest castes, merchant castes, and land-owning castes happens to be the oppressor and the privileged one, where by ‘Dalits’ (Sanskrit word means broken people) are the one who are oppressed and marginalized community. Such communities are restricted from having water at common public places, they cannot enter temples, they are considered as untouchables (now it is illegal by Indian constitution). No land holding, eating flesh of dead animals, becoming slaves for survival — all of there were an historical discrimination which Dalit has suffered.

The social anthropology of caste originated on the rationale of division of labor which was further dehumanized by the dominant Brahmincal Hinduism (priest caste domination). It instilled a fierce force of subjugation and power in the so called learning and reading caste. Not denying that knowledge is power (Foucault) and the misuse of this power over the majority to create hegemonic culture in the name of caste and then shut the gates of upward mobility on the caste ladder. The human right champion and the voice of voiceless Dalits, famously know as the principal author of Indian constitution Dr. B.R.Ambedkar says that the superposition of endogamy on exogamy is creation of caste.

Even though numbers of legislation and affirmative action of Indian constitutions does exist, in the context of modern and independent India reality has not changed. To substantiate the discrimination against Dalits in India there are numerous cases and incidents of Dalit atrocities that one can talk about, out of which I would like to quote a suppressed yet heartbreaking case from the rural part of India of Mr. Bhaiyalal Bhotmange’s family where the so called ‘upper caste’ Hindu entered Bhotmange’s hut and dragged out his wife, daughter and two sons. They all were stripped naked, the women were brutally raped. They were beaten with bicycle chains and their leg bones were broken, it would seem to prevent their escape. Finally, they were killed by axe blows. The bodies were loaded on to a bullock cart and dumped in a canal about two kilometers away from the main village.

In the context of equality and Dalit liberation education does not ensure better treatment of Dalits at the hands of caste Hindus, nor does economic status. The Bhotmanges were all educated and owned five acres of irrigated land. They were punished specifically because they confidently stood up for their rights and refused to be subjugated by the dominant caste group. Two of the Bhotmange family members had appeared as witnesses for another Dalit who was assaulted by so called high caste Hindus.

It is not the case of rural India where discrimination and atrocities against Dalits takes place, it happens in educated, sophisticated and elitist urban cities also. The All India Institute of Medical Sciences, India’s best-known teaching hospital. AIIMS’ Dalit students cannot live in upper-caste dominated hostels or eat at the same table, similarly in the dining halls of IIT Delhi (Indian Institute of Technology) Dalit were forced to sit on separate tables. So analyzing Indian society only on the bases of class will be being at the side of oppressor as it over shadows the caste analysis of India.

To conclude and substantiate the title ‘India yet to be independent’ I would say one need to look at Indian freedom struggle decisively as India’s freedom movement embraced: to build a modern, open, inclusive and just society free from foreign domination, where by the missing aspect and radical social transmission which Dr. Ambedkar was talking about was of, a society free from all forms of prejudice, superstition, hierarchy, discrimination and subjugation. To fight against such discrimination the struggle is still on in India, in better word the fight for freedom is still on.