Skip to Content
Home Culture Swakopmund, Swedes and a safari

The long break in blogging is due to my first real dip after coming here. First me, and three days later my thesis colleague, went down with both high fever, loss of appetite and thirst, as well as stomache aches. It all culminated with last Thursday spent in the hospital on a drip. The time we were ill didn’t seem much to document but here are some pictures from the things we managed to do before that.

On our way to our first trip outside Omaruru, to the city of Swakopmund at the Atlantic coast. The roads were asphalted and arrow straight for miles. We caught sight of an ostrich and some giraffs on the way! Swakop is Namibia’s second largest town with 42 000 inhabitants. Where the roads end in Swakop the desert and the great sand dunes start. Later we will return and try some sand-boarding.

The air in Swakopmund was surprisingly cold with a constant wind blowing from the Atlantic ocean. Despite the water being freezing we saw some brave ones defying the chilly waves. In the evening we found a restaurant by the sea where we watched the sunset and feasted with champagne and oysters and the famous Namibian beef steaks which cost next to nothing. The evening continued with a bar and a night-club where we for the first time had a chance to talk to all kinds of local people.

Last week it was White Flag Day in Omaruru, a day on which former Kings of the Herero tribe are honored and commemorated. With no information anywhere as to when the program would begin we took a random stroll to the cemetery and found us in the middle of a ceremony commemorating the now passed former Herero King Wilhelm Zeraua, unveiling the tomb stone of the recently deceased last king and announcing the name of the new King. People from all around Namibia had come to the celebrations. Most of the women were dressed in traditional outfits, white for the Hereros from Omaruru (therefore the name white flag day), green and red for Herero women from other parts of the country.

The whole of last week the Swedish delegation from Vanersborg was in Omaruru to work on their partnership project on NGO collaboration. We tagged along and got to accompany them on a safari outside Omaruru at a German wildlife farm called Immenhof. We got to see a lot of antilopes, exotic birds and giraffs and also Bushmen rock paintings, allegedly approximately 3 000 years old. 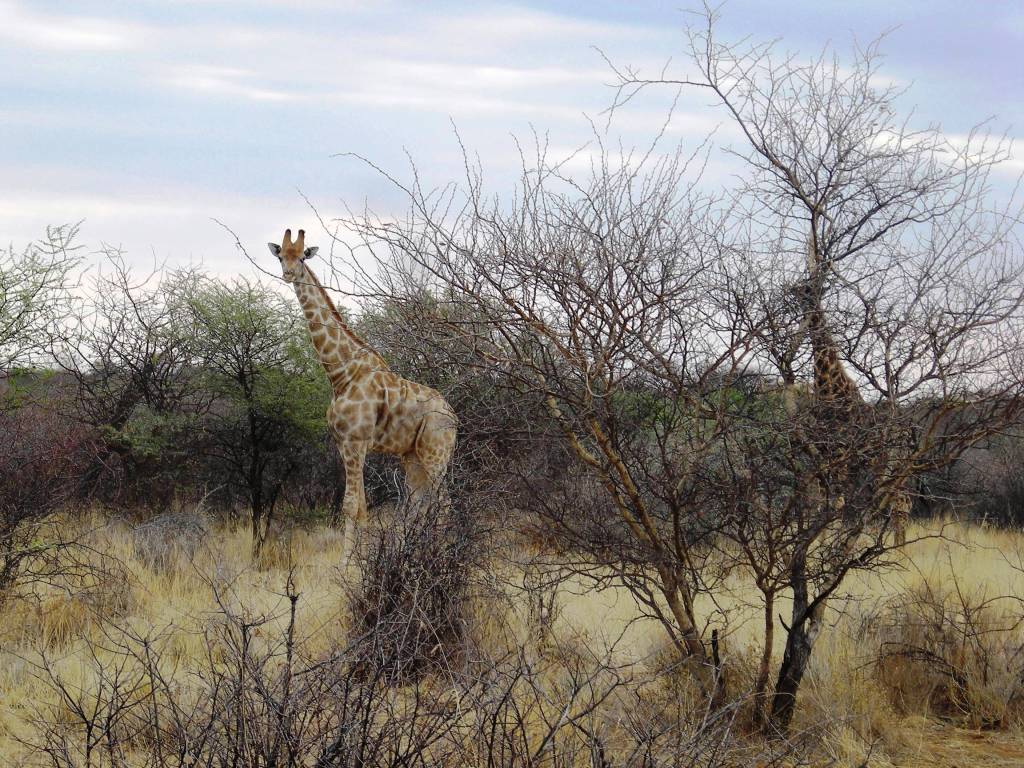 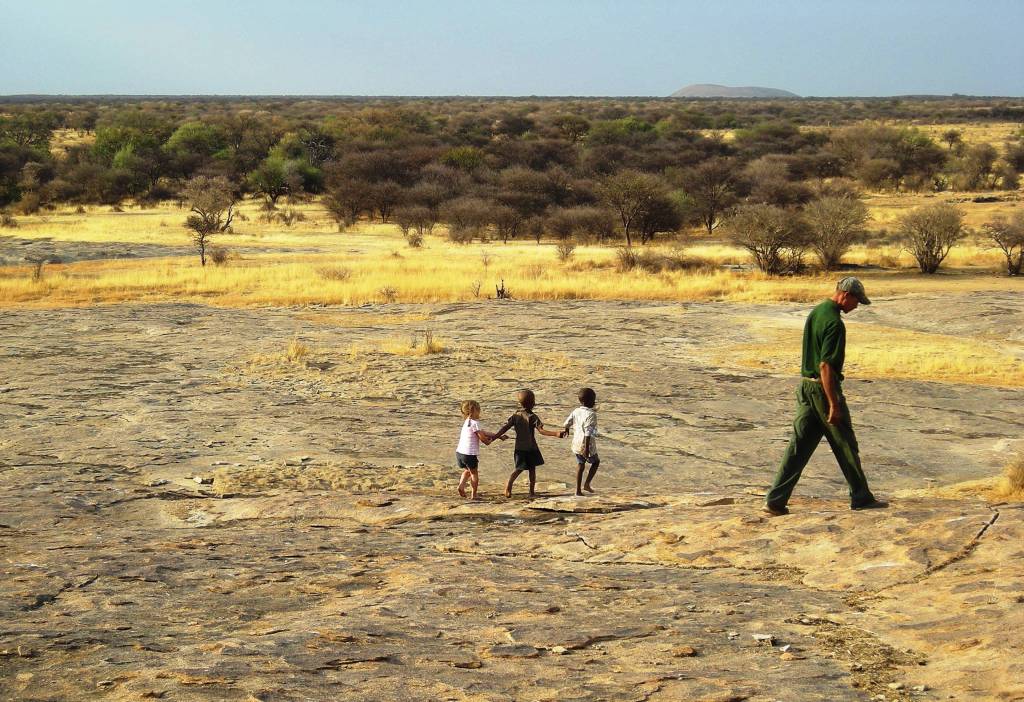 On Wednesday there was a field trip to the neighboring larger city of Otjiwarongo where we met some municipal representatives and visited a multipurpose help centre supporting HIV-positive people, orphans and other children with school and everyday matters. Since having HIV is still stigmatized,the thought behind the help centre is that since the centre works on many different issues, it is not too apparent in what purpose people visit the centre.

Above is the Swedish delegation, me and my thesis collegue, some NGO-representatives and lastly people from the Omaruru municipality. The women are wearing traditional Herero dresses. Behind us, there is a oven working with only solar energy, a “sun oven”. Some bread loafs were baking inside it, although it was too cloudy for the moment to generate any electricity.

After the visit to the center it was time for lunch at a crocodile farm, first looking at crocodiles and then eating them.

That was all for now. Until next time!