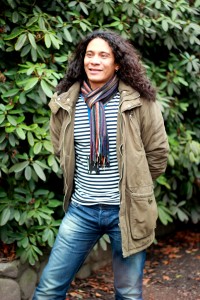 For more than half a century, the Caribbean island of Cuba has been run as a socialist republic by the Castro brothers. Julio César Soler Baró, a Cuban in exile, sat down with Utblick to share his thoughts on Cuba`s political future and grant insight into his political activism. Soler Baró is engaged as writer, artist, actor, editor, dishwasher and intellectual. Further, he has earned several degrees at the University of Gothenburg in the fields of social anthropology, religious studies and global studies/African studies. Soler Baró has been living in Sweden for almost 18 years and has not been able to return to Cuba for almost a decade. He calls himself a “rock star” – and hopes to soon be able to return to his home country.

Are you a dissident? 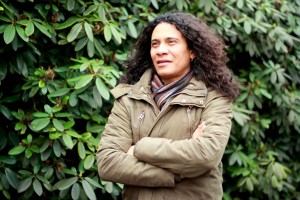 Technically, I know what you mean by the term dissident. But in my heart, I feel like what I am doing is just being me. All of this is so natural and a product of my personal evolution. I started paying more attention to Cuban issues, and suddenly things happened. Becoming a dissident is like the break of dawn. Daylight comes and you see that it is light outside. But you do not see when the light comes, you notice it first when it is there. I do not know when exactly, but officially I became a dissident in Sweden. Here, I understood more and more what it is like to live in a democracy and therefore, I became more political, too.

Why did you leave Cuba?

After the revolution, people in Cuba began to understand the situation and left Cuba out of ideological reasons. Nowadays, even more and more people are leaving, mainly because of economical reasons.

When I first had the chance to leave Cuba at the end of the eighties, I said no. My girlfriend at the time and a lot of friends were leaving the country. Despite not knowing if I would ever see them again, I did not want to go. During this time, I still believed that maybe we can do something politically. Later, I decided to leave my country as well. At the time, I was engaged to a Swedish girl and when her visa ended, I followed her to Sweden. Ever since then, I have been here. I left because of love, and because there was no future for me in Cuba anymore. This was almost 18 years ago. The last time I went to Cuba was right before I began with my political activities, about 2005. Since then, I have not been home.

What kind of activism are you involved in?

I have been engaged in everything that I believe is good for the achievement of democracy in Cuba. Currently, I am the president of an organization calledMisceláneas de Cuba (“miscellaneous about Cuba”). This is a platform where everyone can display different projects for the democratization of Cuba through peaceful means. The newspaper Misceláneas de Cuba is one of these projects. The idea with the newspaper is to break the embargo of information that the Castro government has. We support the opposition and Cuban people who want to give information to us abroad. They are our independent correspondents and send us information every day via Internet. In Cuba, we don’t have unsupervised internet. Some embassies let us use their connections. Over here in Sweden, we process this information and put the newspaper together.

In the beginning, it was printed over here and shipped over to Cuba. But now, this is impossible because of confiscation. We have tried it all: through embassies, people and DHL, but we became very popular and it became harder to smuggle the newspaper into the country. Instead, we send it to Cuba via PDF now, and there it is printed in different places and distributed on the streets. This work is very clandestine and undercover; our people have been arrested many times. That makes people afraid to be engaged with us and expose themselves and their families. And of course, we don’t have any money to pay people either. But we want to help other people we believe in. For example, we can send money or supply like computers or we can grant them a spot for their own blog on our website. This is the way we work and we are very tired, all of us.

What are your thoughts on Cuban politics? 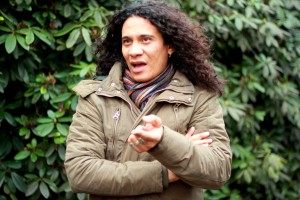 I can get very angry when I hear something good about the Cuban government. Sometimes, the people don’t know what really happened in Cuba. People are easily confused when it comes to left and right politics. But when you talk about Human Rights, it is not a question about being politically left or right.

People associate Cuba with socialism against capitalism. To them, capitalism is representative for poverty and human exploitation. People are against these manifestations of capitalism and say: if our government is against capitalism and states like the USA, we support them. And in this thinking, people, opponents and dissidents who are against this government are automatically considered to be for this kind of capitalistic exploitation. This is very black and white, and a big problem.

With my father being a coronel in Fidel Castro`s army, my family was very engaged in the Cuban revolution. But now, they realize they have been used and lied to by the government. My parents are old now, and I send money to them from capitalistic Sweden. My mother said to me that I am a real revolutionary and that I am brave in opposing the power and living in exile because of it.

Being a political activist is very heavy sometimes. There is no glamour in the kind of lifestyle and work I have. It is like this: everyone wants to have a van Gogh in their home, but no one wants to be van Gogh, because it is so difficult. Many people say that what I am doing is very good, and that I have a lot of courage for doing this. Sometimes I think I am crazy for doing this. Why must I be this way? Why do I have this necessity? But then again, I am only being myself.

Right now, I cannot go back to Cuba and see my family. I cannot even talk to them on the phone without being eavesdropped. In Cuba, the only phone company is owned by the government. They can listen anytime they want, especially if you belong to a political organization. This is very difficult because I miss my family a lot. The secret police in Cuba visited my parents` house in Havana this summer. They have been interrogated about me: where I am, what I am doing, about Misceláneas de Cuba, and so on. Sometimes I want to visit my grandma, but I cannot. I cannot talk with my mother on the phone without thinking about what I can say. A few days ago, I called her because I needed to tell her how hard it is to be in exile.

With time, you become more radical in what you do, so it is all worth it in the end. I have become more radical over the years, but I am a difficult person for the opposition, too: Because of my academic background, and because I understand myself as a lone knight. I am not with anyone and not bound to any ideology. For me, something is the right or the wrong thing. If you are doing something that I understand as wrong, I cannot be with you.

What are your future goals? 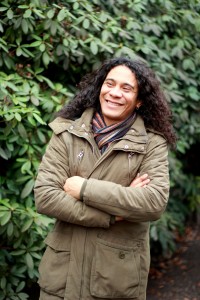 We don’t want another revolution. We want an Orange Revolution, or something peaceful like the German reunion. I am hopeful that we are going to have a democracy in Cuba. If I cannot achieve that, I am preparing the way for others to do that. I am prepared to die for this cause, one way or the other. When I say I want to die nicely, I mean peacefully: with the feeling of having sincerely done what I wanted to do. We must sit down and talk about our reality and our country, and how to develop it. Which party you vote for is not important for me. My vision about life is that everybody can be themselves, regardless of their political convictions. We must continue do to what we do, inform the people and raise their awareness of what really happened to them, inside and outside of Cuba.

Also, the government has to grant the opposition amnesty and stop depicting them as criminals or mercenaries paid for by, for example, the US. When they accept the oppositions, it means they accept me. My idea is to become professor at the University of Havana. People in Cuba now don’t have access to the information I have here. I want to help my country and coming generations to understand Cuba and to construct a better society. I want to be a rock star and many other things, but also a teacher.

When does it all become too much?

It is too much already. Here at GU, I am working on my thesis, while I am involved in so many other things. There is six hours between Cuba and Sweden. Every night at midnight here in Sweden, it is the end of the Cuban work day and information starts coming in about what happened. I do not get enough sleep and the money I earn is not sufficient, therefore I am also employed as a dishwasher in a restaurant.

What can I do? This is my life. If I could show you the white flag, meaning to give up and stop this, I had already done it. But I don’t know how to show the white flag. This work is not like a jacket that I take off when I get home. If you approach this kind of work like putting on a jacket, you cannot do it.