Skip to Content
Home Health How does HIV affect Malawi and its people?

Malawi is ranked as the 9th worst affected country in the world regarding HIV/AIDS. The countries hit by the HIV epidemic are affected on all levels of society, from the individual micro level to the macro level, and will have consequences for a long time. In societies where poverty, gender inequality and social injustice are major problems, the epidemic has spread the most with the most severe effects. HIV has a disproportional effect on poor people; it undermines the development of the society as well as treates individual tragedies in families. There is a strong link between HIV/AIDS and the fall of GDP in Malawi. The same is true for decreased consumption. The economic effects are especially evident within the industry, agriculture, the health and education sector, which erode the ability to develop. 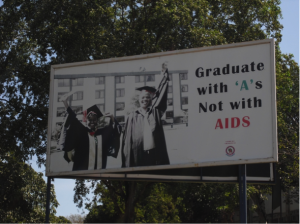 The susceptibility to HIV increases with poverty-related issues, such as a lack of knowledge of sexually transmitted diseases and gender-related violence. Human Rights and HIV are closely linked since people’s susceptibility to HIV increases when their human rights are violated. In Malawi 60 % of the adults living with HIV are women. Women are the poorest in the Malawian society, and they face the majority of the new infections. Young people in general and young girls in particular, account for the largest incidence numbers. Women are worst affected by the effects of the epidemic and often need to bear responsibility of relatives. Another vulnerable group is the youth. The number of orphans is huge and they are especially vulnerable for having their rights violated and thereby increasing the risk of getting infected.

In 2010, 12.6 % of the children under 18 were orphans. Also many children are living with HIV: in 2009 around 120 000 children. The demographic consequences can be devastating and changes the whole structure of the society. Discrimination and social exclusion is common. Discriminated groups, among these women, youth and homosexual, often find it difficult to influence their own life. Violation of human rights and discrimination affects not only the spread of HIV, but also the possibilities to get treatment. People are more willing to test themselves for HIV if there is an access to treatment. To be able to halt the spread, it is important that people know if they are infected. Access to treatment might as well reduce the discrimination of the infected. The access to HIV testing is low in the whole of sub-Saharan Africa, especially for young men, since some women can get tested through maternal health programs. A problem can be peoples fear to test positive, because of stigma and discrimination. Stigma is a serious problem in Malawi, though it seems as the level of stigma and discrimination is decreasing. Availability of test kits is low, and there is a lack of health staff, partly due to the epidemic. Until 2003, only around 1 % of the adults in Malawi got tested. In 2010, 66 % of the pregnant women got tested due to increased efforts. Living in the rural areas poses further limits to reach those in need of medication or for testing, due to poor infrastructure. Comprehensive knowledge about HIV is still low, despite improvements.