Skip to Content
Home Politics Travels The realities of adventure

The Society of Foreign Affairs’ magazine, Utblick, mostly features serious, thought-provoking articles about political struggles, ideas and revolutions – anything officially “foreign affairs” related. While this interests me a great deal, I also enjoy the more individual side of international relations. Perhaps some of you have had the experience of living abroad for a prolonged while. If so, then I hope you enjoyed yourself and look back on it with fond memories. As for me, I feel that my triple exchange student experience has given me invaluable insights that probably will keep influencing my life for a long time. Obama’s policy decisions and Kim Jong-Un’s antics might make it to newspaper headlines but for me these personal experiences abroad are really how international affairs come into play in our daily lives. So let’s get personal at the end of this year, and allow me to share some of these insights with you! (Every exchange experience is different though, and one should be careful with broad cultural assumptions – so consider this just one perspective: that of a Belgian girl who is no expert, but breathes restlessness whenever she has stayed in one place for too long.) 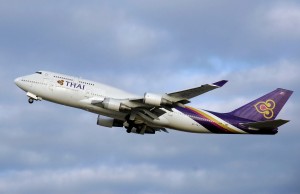 First, the concrete exchange facts! One year in a small, dry, northeastern Thai town near the Mekong river and the Laotian border, communication with smiles and little more took place, to shape a loving bond with three host sisters. Next; half a year on the west coast of Japan in a city that specializes in tea with gold-leaf flakes floating in it. Living in a traditional Japanese house, I once crashed through a paper sliding door while attempting to elegantly enter my tatami-mat bedroom. Finally; two years here at seventy-five degrees north, eleven degrees east – Gothenburg.

What I always find remarkable and amusing when abroad, is the speed with which you can adapt to foreign ways that struck as utterly baffling when you first arrived. In Thailand, I was convinced I would die every time I crossed the street with my friends. They had a way of blindly throwing their bodies into traffic, zigzagging through cars with nerve-wracking calm while I covered my eyes and prayed to the gods. Only a few months later though, I was equally traffic-suicidal and convinced that those same gods would shape a divine path for me to reach the other side of the street – never mind the bus that passed within inches of me! Here in Sweden, the opposite thing happened. I was initially surprised at how often drivers stop gallantly for pedestrians crossing the street. Now though, I catch myself casting angry looks at those daring not to stop, muttering vile things and almost shaking my fist at them when they drive on. 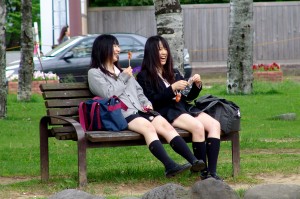 My wardrobe also seems to change imperceptibly to adapt itself to the country I’m staying in. During my first days in Tokyo, I couldn’t believe my eyes when I noticed The. Shortest. Skirts. You. Have. Ever. Seen. Sometimes I even wondered if they were skirts at all or rather fancy belts with pink ruffles! No one is immune to Japanese fashion though, and soon I had my own lovely pair – with rhinestones and a satin bow! (The secret, I discovered, was that the shortest skirts have hotpants attached underneath – to respect the owner’s modesty, I happily assume. I still don’t dare to wear it back home, though.) Here in Sweden too, some of my Belgian fashion-rules have been flushed down the drain. Wearing sneakers underneath a dress, a Michelin-man style down jacket, and a winter hat that makes your face look like an egg? You must be kidding, right? Enter the awesomely practical Swedish mentality, which throws silly fashion concerns to the wind when faced with Nordic temperatures and distances to be covered briskly! I’m still not sure whether I should snigger from the sidelines or admire your good common sense. But I am learning, that’s for sure. 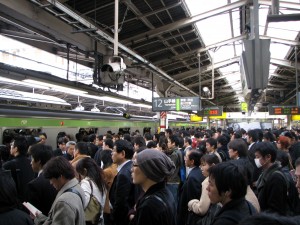 No matter how easily you adapt to certain outward things, there are always some issues that continue to puzzle and even sadden me. Like Japanese public transport. That can get insanely crowded, so you would expect people to throw themselves at the last available seat and gladly sit down besides whoever is sitting there. However, I noticed that a whole bus would sometimes collectively regard one seat as the “outcast” seat and people would mysteriously refuse to sit down next to the poor student beside it, regardless of who this was. As if standing with your nose pressed into someone’s armpit is still preferable to sitting on the doomed-seat-of-the-day! I continue to wonder why this occurred: perhaps a herd-mentality, if everyone follows the others’ choice of not sitting there? A collective decision to reject and dislike the lone student? An unwritten need for an emergency seat in case somebody faints? I never found out. 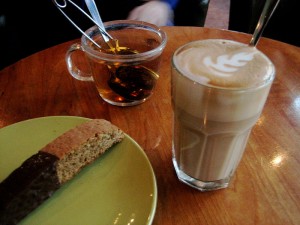 A similar thing confuses me here in Göteborg: social rules. Back home, I think we have a back-and-forth way of getting to know people: I invite you, you invite me, and then we keep repeating this pattern and become better friends through our fika dates. Never taking initiative would thus be code for: “Dear person, I think you’re kind of annoying and would love for you to get my hint that I do not want to hang out with you, ever again. Only I’m too polite to say it.” Here though, it almost never seems to happen that a Swedish acquaintance proposes something first. Yeah, I see what you’re thinking: they are hinting! Well, I feared so too, and asked these Swedes in a little voice whether they would like me to leave them in peace. But they appeared surprised, said they’re having a good time and don’t know what I mean. Very strange! One thing is for sure though: the social struggle has multiplied my gratitude exponentially for the people I have gotten to know so far here, and for their initiative when they propose something out of the blue.

Less confusing but more exasperating, is the issue of language for me – and the way parts of my personality tend to get hidden when I end up in a foreign language environment. No matter how hard you try and study, to achieve a near-native level of fluency is no easy feat. Once you get to the point where you can happily converse with the locals, you can still be painfully reminded that you are not quite there yet. I cannot begin to count the times this happened to me in Japan, even though my major at university was Japanese. One night in the local public baths, a tiny, wrinkled Japanese grandma told me a long-winded story with great enthusiasm. I think I understood about 20% of what she tried to say, so all I could do was smile politely and hand her the soap. It made me feel detached and surreal, but mostly frustrated and sad, since it seemed my talkative and chat-happy nature had evaporated in the steam above our hot tub… Here in Sweden too, where I feel I can converse reasonably well in Swedish, it often takes me hours to get to the punch line of a story, making me despair that a loss of language also seems to entail a loss of wit, character and charm. Without further verbal progress, I feel so stuck in the moderately-interesting-people zone, helpless without tools to get me to the level of deliciously ambiguous puns or flirty humor. Abroad, I am a more quiet self, defeated by language even before I open my mouth. 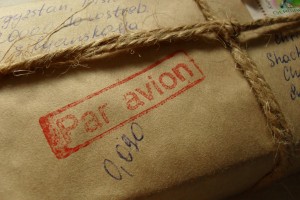 So living abroad is sometimes unsettling, as part of who I am seems to get lost along the way, like luggage to be reclaimed. At the same time, when abroad, the physical distance has shown a priceless thing: who my true friends are. The people you thought were going to call you weekly, can sadly drop off the radar fast – but I have been surprised over and over by the kindness of friends I normally only seldom saw back home. Once, I got a surprise delivered in Thailand, from a girl whom I didn’t expect would send me anything. It was a package wrapped in sky-blue paper, with golden stars pasted on the inside. The contents included a wonderful letter, my favorite Dinosaur biscuits, marzipan, and a box of tampons… because my friend had heard how impossible it was to get a hold of those in rural Thailand. Her thoughtfulness and love actually made me cry from sheer gratitude. When someone sends you tampons halfway across the world, you know they are a keeper.

For me, this surprising discovery of solid friendship is worth the endless language battles of living abroad. That, and the reckless freedom that comes from being in a place where no one knows you yet – proudly singing karaoke (off key!) at the top of your voice in a bar in Japan, especially incomprehensible Korean pop songs. Going to the Swedish supermarket with mad, unkempt hair, no make-up and your best hangover face. And wearing the traditional Thai New Year’s outfit without a care in the world: a lurid shirt with floral print, straw hat, and the coolest pair of sunglasses you have ever seen. Hooray for the self you become when living abroad!