Lithium is one of the essential components of electric batteries that power electric cars, smartphones, tablets, etc. The demand for lithium has steadily been increasing and it is expected to almost double until 2025.  For this reason, it is safe to say that lithium as a commodity has a great potential of being a game changer, in the same sense that oil has been for many years.

The world largest producers of lithium are China, Australia, Chile and Argentina, although Brazil, Zimbabwe and Portugal also 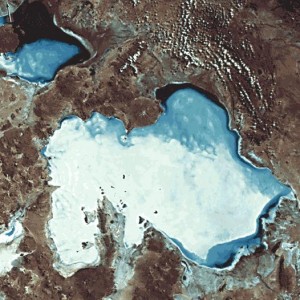 produce the mineral but in smaller quantities. However, Bolivia has one of the biggest reserves though not really exploited yet.

In South America there is an estimated 60% of the Earth’s lithium resources and reserves. Bolivia, Chile and Argentina, also known as the “Lithium Triangle” or “Lithium Belt” have had really different approaches to the exploitation of this mineral.

Chile has some companies operating, like SQM and Chemettal. Its free market economy has been very attractive for foreign direct investment. The government is trying to introduce a production quota, and there have been some labour disputes and water shortages which have been regarded as negative by the investors.

In South America there is an estimated 60% of the Earth’s lithium resources and reserves.

Meanwhile, Argentina has left protectionism behind with current president Mauricio Macri. This is expected to encourage investment. Nonetheless, the activity has been merely extractive so far, which raises the question of how much of it will actually enrich the country.

On the other hand, Bolivia, which is estimated to hold half of the world lithium reserves, has just started planning how to produce the mineral. So far, president Evo Morales does not want Bolivia to become a mere exporter of lithium but rather wants that value-added activities are settled in Bolivia as well, such as battery plants and car factories. However, the raw materials the country has are not as pure, which can make the processing more expensive. Moreover, the country’s weak infrastructures could be problematic as well. Another challenge that Bolivia faces is the reluctance of foreign investors to invest in Bolivia due to Evo Morales being from a left wing party.

In the case of Brazil, lithium reserves are way scarcer than in the “Lithium belt”. The country produces lithium which cannot be used for batteries but it may be able to develop its lithium industry in order to produce lithium that can power secondary batteries, capable of powering smartphones. Lithium in Brazil is also regulated by the National Nuclear Energy Commission because of its possibility of being used in nuclear technology, which makes it harder to exploit. All of the above-mentioned, together with the “custo Brasil”, the high cost of doing business in Brazil, are burdens for the trade of the mineral that would put Brazil behind Bolivia, Argentina and Chile regarding this commodity and thus, changing the geopolitical landscape of the region.

Another factor to be considered is the role of Asian countries. There has been an increasing demand for lithium from China, Japan and South Korea. China has a considerable amount of lithium reserves but its interest has not stopped there, rather it is the contrary. China has stakes in lithium mines and companies in Australia and South America and is also focusing on cobalt which is used in the production of batteries as well, by purchasing a cobalt mine in Congo, for example. This secures China’s position, thus

reinforcing its value-added industry, as it is one of the biggest electric vehicles and smartphones producers. On the other hand, Japan and South Korea are way more dependent on South American lithium reserves.

So, the Lithium belt has a very powerful commodity at the moment, that could possibly change the power structures within the South American region, diminishing Brazil’s former hegemony. Also, South Korean and Japanese companies will be equally important in how this develops, especially regarding challenging China’s already secured battery market. So, the ability of the Lithium belt countries together with Japan and South Korea to build an stable alternative to China will be crucial. Likewise, it is unknown how Argentina, Chile and Bolivia will manage to keep some of the capital and benefits from the lithium market if they want to benefit their countries from their ‘white gold reserves’ and not become mere exporters.

Finally, other challenges ahead are the uncertainty concerning the evolution of battery technologies. There is the possibility that alternative sources to lithium are found.  It is also unknown if the electric cars hype ends up the way it is predicted or if they do not really end up establishing in the market, especially given some of the problems they face such as their limited range or the fear of automatization and accidents. And finally, it could be that hydrogen takes over and becomes the source of future cars.