Skip to Content
Home Politics A truce to last? The ceasefire in the Nagorno-Karabakh region and its prospects

The newly ignited war between Armenia and Azerbaijan has already claimed many victims, including civilians, and displaced many people from both sides. After a long period of silence around the conflict, it is now time to look for peace solutions that satisfy both sides.

The armed conflict between Azerbaijan and Armenia began on September 27, 2020 but tensions have existed long before. After the Russian Empire dissolved in 1918, a conflict between the countries erupted and did not come to an end, however it was less evident during the Soviet Union Era. After both states gained independence from the USSR in 1991, the conflict turned into a full-blown war. In 1994, the war was ended through the introduction of the Bishek Protocol in which the involved parties agreed to a ceasefire. However, hostilities never really stopped, and have been particularly brutal resulting in major civilian casualties. While the border between Armenia and Azerbaijan in the region of Nagorno-Karabakh is believed to be among “the three most militarized borders in the world”, analysts assessed that the conflict was unlikely to break out just a few years ago. However, tensions steadily increased and are believed to be the worst since the ceasefire of 1994 due to civilian casualties and the current scale of the conflict.

Escalations in 2020 were triggered by clashes in July during which more than a dozen of people were killed, although the cause for these clashes remains unknown. As an aftermath of these clashes, a large group of protestors in Azerbaijan demanded retaliation and were quickly backed by Turkey. Legally, the region of Nagorno-Karabakh belongs to Azerbaijan, but the large ethnic Armenian population in the region seeks independence from Azerbaijan. Religious differences between Christians and Muslims have ever since characterized tensions between the two parties. Thomas de Waal, an expert on the South Caucasus, even states that “Nagorno-Karabakh is Armenia’s Jerusalem”, clearly illustrating the importance of the region to ethnic Armenians. Apart from religious differences, the strategic placement of an Armenian majority in Azerbaijan after conquering the region in the 1920s by Stalin is considered to have supported nationalist forces on both sides.

Both Armenia and Azerbaijan are supported by powerful allies – with Russia supporting the former and Turkey supporting the latter. Although Russia supplies weapons to both sides of the conflict, it has a defense treaty with Armenia. Russia’s ambivalent role in the region is moreover illustrated by the truce that it successfully brokered. While the Armenian Prime Minister Nikol Pashinyan noted that it includes painful concessions for Armenians, it reflects the Russian interest in a diplomatic victory and could be a sign of Vladimir Putin’s lack of sympathy towards the Armenian Prime Minister.

However, the potential of a proxy war between a member of NATO and Russia breaking out due to their role in the conflict, was believed to be rather low. Still, alongside the conflicts in Libya and Syria, the conflict in the Nagorno-Karabakh region is now the third in which Turkey and Russia support the opposing parties. Another involved party in the conflict is Iran. Whereas Iran is officially neutral in this conflict, the country fears spillover effects on to its territory due to a large minority of people with Azerbaijani roots, the “Azeri-Turks” with over 15 million people living in Iran and a smaller minority of 100,000 Armenians living in Iran. During a recent visit in Moscow, Iran proposed another ceasefire, presenting itself as a mediator in the conflict. Given these interests and Iran’s mixed relations with both Russia and Turkey, it can be considered a difficult third actor in the conflict.

The importance of the region lies in its strategic position on the global energy market.

Given its large oil and gas supplies, the region is of great geopolitical value  to many countries. Particularly, the close relationship between Turkey and Azerbaijan that manifests itself through their energy relations. Moreover, the historic bad relationship between Turkey and Armenia and Turkey’s unwillingness to acknowledge the genocide against Armenians in 1915 and 1916 contributes to Turkey supporting Azerbaijan. Given the Muslim faith both in Turkey and Azerbaijan, Turkey is Azerbaijan’s most important partner and neighbour. Energy production relations are however also important to other states. Concerning the EU, the Southern Gas Corridor from Azerbaijan to Italy pipeline matters particularly to be less dependent on Russian gas.

The conflict is of particular importance to the EU due to the fact that both Armenia and Azerbaijan are countries of the EU’s Eastern Partnership program. This program was created to maintain stability, security, and prosperity in the region. Accordingly, this conflict clearly highlights that the goals of partnership and cooperation that the EU aims to initiate has been challenged. Moreover, the  supply of gas and oil from Azerbaijan is vital to the EU as well. The pipeline which connects Azerbaijan and Turkey, located close to Nagorno-Karabakh, is considered essential for the EU’s oil and natural gas supply. However, the role of the EU in supporting peace talks in the region is proving extremely difficult. Due to Armenia’s strong ties with Russia, involvement of the EU is not desired. Although the EU appointed a special representative to the South Caucasus in 2003, EU involvement is looked at skeptically from the Azerbaijani perspective, due to the EU’s different approach to territorial integrity in Georgia and Moldova where the EU’ support is credible compared to the Azerbaijani integrity over the Nagorno-Karabakh region. However, the Union could not manage to replace France in the OSCE’s Minsk Group which seeks to consolidate the conflict along with Russia and the US.

As of the beginning of November, both sides have suffered from casualties with at least 1,200 soldiers and around 150 civilians killed. Over 90,000 ethnic Armenians, more than half of the population of the Nagorno-Karabakh region, have been displaced due to the war and another 40,000 people have been displaced in Azerbaijan. Potential involvement of the EU could lie in emphasizing the implementation of the Madrid principles which were created to find a solution for the conflict. According to these, Armenia should “return the territories surrounding Nagorno-Karabakh to Azerbaijani control” but could maintain access to the region through a land corridor. More diplomatic pressure by the EU could help to implement these principles and would support the legitimacy of EU-involvement in the process. An analysis from the European Council on Foreign Relations suggests that this could “contribute either to peacekeeping operations or a post-conflict reconstruction fund, or to organise a donors’ conference that incentivises Armenia and Azerbaijan to start implementing the principles”. However, given both Armenia’s and Azerbaijan’s caution of EU involvement these scenarios currently seem unlikely. The involvement of allies now moreover requires consent from Turkey and Russia, both of which the EU currently does not house friendly relations with. Accordingly, EU involvement in the conflict seems unlikely, and the ambition to be a global actor in foreign and security policy appears not to come true.

Since the outbreak of the war in September 2020, both sides have agreed to ceasefires which have been broken by both Armenia and Azerbaijan. However, the most current truce brokered by Russia in November 2020 might have the potential to bring the conflict to an end, due to the deployment of around 2,000 peacekeeping troops from Russia. Although the Armenian Foreign Minister Zohrab Mnatsakanvan resigned after protestors demanded his withdrawal, both Armenia and Azerbaijan officially state that the ceasefire will contribute to stabilizing the region and that humanitarian issues could now be addressed due to the halt of any military action. The truce is considered a victory for Azerbaijan due to its  ability to defeat the Armenian military which can be accredited to their more modern weaponry that consists of drones. The withdrawal of the Armenian forces from the surrounding districts of the region is now part of the negotiated ceasefire, indicating that the Armenian side records territorial losses. Due to the deployment of Russian peacekeeping troops and the marginal influence of the Minsk Group, it seems unlikely that the EU will play any role in maintaining the truce. 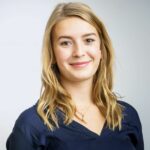 Writer for Utblick Magazine since Autumn 2020. Miriam is in her 3rd semester of the Master's program in European studies in which she specialized on the EU's foreign policy with a particular focus on migration. She is also interested in human rights topics.