On November 1st 2020, the presidential election in Moldova took place. The first ever female president, Maia Sandu was elected. Sandu is someone who might instigate change to  Moldovan politics by fighting corruption and fostering economic development in the country. What are the outlooks for the future of Moldova and in what way can Swedish development aid contribute with regard to democratic development? To shed some light on the issue, I interviewed diplomat Erik Wirkensjö. The interview was conducted in Swedish and translated to English by me, Magdalena Kamont.

Eastern Europe is a region which in recent times has seen many changes towards more authoritarian and restrictive politics. The presidential election in Belarus has instigated massive demonstrations. In addition, an armed conflict between Azerbaijan and Armenia is taking place in Nagorno-Karabakh, and a proposal for an even stricter abortion ban in Poland has sparked huge social unrest. Lastly, both Hungary and Poland have vowed to uphold their veto of the European Union’s next budget and its massive pandemic relief fund, claiming that this will pose a threat to the unity of the EU.

In Moldova, opposition candidate Maia Sandu won the presidential election, defeating her pro-Russian counterpart Igor Dodon. Sandu received almost 58 percent of the votes, as opposed to Dodon’s 42 percent. The former Prime Minister has made it her priority to tackle corruption and unite Moldova. The most prominent challenges for the new president will be the COVID-19 pandemic along with the economic situation of the country – Moldova is one of the poorest countries in all of Europe. The President elect favours stronger ties to the US, EU and the neighbouring Romania. Sandu has been careful not to provoke hostility towards Moscow, and has promised to develop better relations with Russia while also planning to align Moldova with the West.

To further discuss the results of the presidential election in Moldova, I interviewed diplomat Erik Wirkensjö at the Swedish Embassy in Chisinau. We discussed what can be expected in the future with regards to the democratic development, EU rapprochement, and the role Swedish development aid has to promote further positive development in the country.

How does the Swedish Embassy view the results of the presidential election? Will the election of the previous prime minister Maia Sandu, lead to more democratic development in Moldova?

It is an interesting result since she won with a very large margin, and it is a clear sign from the Moldovan people on what they want. If one is to look at her election campaign, the main focus was on the topics of the fight against corruption, and economic development. Those were the two main questions that she underlined very clearly in her campaign. It clearly worked.

Sandu in her campaign chose not to portray herself neither as “pro-EU” nor “pro-European”. The geopolitical perspective was not as present in her campaign. I think one reason for this is that voters are tired of these arguments. Sandu does indeed have a clear agenda of further European integration, which is also supported by the Moldovan people. The Association Agreement with the EU, which Moldova has been a part of since 2014, is an important tool for democratic development in the country. The agreement is based on conditionality and benefits Moldova in different ways, for instance trade and visa waivers.

Now with the victory of Maia Sandu, do you see any risks of social unrest and demonstrations or will it be more of a peaceful transition of power?

From what we have seen so far it is a peaceful process. Before the election there were statements from both sides that protests would take place in case of election fraud. November 16th the results of the election were presented and the president Igor Dodon was rather quick to congratulate Sandu on her win. Although he claimed that election fraud might have taken place, he was not able to provide any evidence for this claim.

What implications will the election results have for the Swedish Foreign policy towards Moldova?

Our policy remains the same, and the way in which our aid is given is still the same. It is probable that this [Sweden-Moldova] will be a more active relationship if we were to look at how Sandu has described her plans towards the relationship with the EU. Also in comparison, Sandu has made many more trips to the EU than Dodon did.  The Swedish foreign policy itself towards Moldova will most probably remain the same, we have the same focal points and the same will to help Moldova become more aligned with the rule of law, more democratic with a sustainable economic development. Then we will have to see if the possibilities to get there will increase.

We just mentioned here that the fight against corruption is a large part of Maia Sandu’s political agenda, now that she has been elected president. Is there anything that the Swedish Embassy and the EU can contribute with in order to see a positive development in precisely this domain?

As you mentioned it is a large problem and it was an important part of her campaign. Here we can contribute in many distinct ways and my colleagues from SIDA are more knowledgeable in this regard than I am, but it can be through supporting reforms within the judicial sector and through cooperation with civil society organisations. Swedish development cooperation with Moldova is based on three pillars: sustainable economic development; strengthening of democracy and human rights and the rule of law; and issues related to the environment and climate. But in the end everything boils down to the will of implementing reforms, on the part of Moldova. What we have seen so far from Maia Sandu is very positive in this regard. But it also comes down to the need for political support in the parliament.

So without a majority in the parliament it can prove difficult to implement the reforms she has on her political agenda?

Yes, absolutely. Many of these reforms require laws to be adopted or amended by parliament, it will be impossible to proceed otherwise. However, she does have support from the Moldovan people and the political establishment will have to consider that. Early parliamentary elections are also on the table, so the elections which were planned for 2023 might take place this coming year already. In this case, if Sandu’s party (PAS) do well in the elections, this would lead to better possibilities for her to realise these reforms.

At the same time she has the possibility to improve the relations with the neighbouring countries, Ukraine and Romania, but also with the EU. Since the visits she makes she decides upon herself, along with what types of relationships she wants to build.

So about EU rapprochement which we have mentioned, in which way do you think this aspect will be influenced by the outcome of the election?

Once again, the will has to be there on both sides. There is a prominent will to have a closer relationship with the EU. There is a positive image of the EU in the country. 70 percent of the export today already goes to the EU, so it is the most essential trade partner.

Many Moldovans leave the country to work in Europe, in EU-countries and they send money back home, so a large part of Moldova’s GDP is based on that money. They leave because the economic situation is negative and the economic possibilities in Moldova are limited. Of all the Moldovans in the EU-countries around 163 000 voted in the election, out of a total of 1,6 million who participated in the election. In this group over 90 percent of the people voted for Maia Sandu.

Now that we have talked about Sweden’s role in all of this, what do you think that Sweden’s comparative advantages are when it comes to issues such as corruption and economic entrepreneurship which are at the top of Maia Sandu’s political agenda? Are there also other aspects in which Sweden can provide expertise?

We have comparative advantages, for instance in the area of corruption, in the sense that the corruption levels in Sweden are low. We also have good experiences of providing support in reforms which aim at combating corruption. We have people on the ground here in Moldova. For instance, there are people from Sweden seconded to the Moldovan tax agency and the Swedish police is also performing training of Moldovan police officers here. These are just a few examples. One advantage in the Embassy’s work is that we from the Ministry of Foreign Affairs work hand in hand with colleagues from SIDA. This provides us with a great overview of what is the most effective in terms of supporting Moldova.

The trade between Sweden and Moldova is not very significant today, we have a handful of Swedish companies in Moldova. But there is potential for growth. The production costs in the country are low, so it might be of interest to do more within this area.

Can it be that corruption is a decisive factor in trying to increase economic entrepreneurship? That it can prove difficult to attract businesses to invest in a country such as Moldova?

That can definitely be the case, in every investment the goal is to minimise the risks. And if one cannot trust that the judicial system works properly, then the risks increase. That is something that needs to be worked on in order to attract investment.

Are there areas which will be given further attention, in relation to Swedish foreign policy and based on the result of the election?

Much of what will happen next will depend on what kind of parliamentary majority we will see, with or without early elections. But one can say that based on the Association Agreement from 2014, the pace of reforms has not been satisfactory from our perspective. But with a president who is more dedicated to this agenda and who has the will to make these reforms, there are possibilities. There will be a changed dynamic in politics now with Maia Sandu, as a more “Europe-friendly” president. And there is a chance we will see more progress within EU integration and the reforms agenda. Those are the most essential aspects in order to get Moldova to a better place, when talking about the challenges we have touched upon within areas such as corruption, a negative economic development and the lack of democracy. 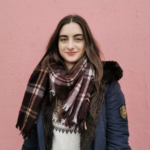