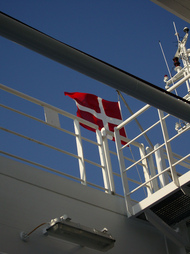 On the night of the 15th September, the Social-democrats stepped back into their old office, strongly backed by their fellow opposition parties, the Social-Liberals (‘Radikale Venstre’), the Socialist People’s Party (‘Socialistisk Folkeparti’) and the Red-Green Alliance (‘Enhedslisten’). Having waited 10 years in the shadows as a defeated and much criticized opposition, this surely would give reason for celebration. Moreover, the elections made history by presenting the first female Prime-Minister ever elected in Scandinavia, namely leader of the Social-democrats, Helle Thorning-Schmidt.

In spite of these victorious steps, it was with somewhat mixed feelings that followers of the opposition welcomed their new government. Ironically, the winner of the elections was in fact the then-ruling party, the Liberals (‘Venstre’), who gained a majority of 47 seats in the Parliament. In comparison, the Social-democrats gained only 44 seats, their lowest result in decades. In addition, the internationally (notoriously) known Danish People’s Party (‘Dansk Folkeparti)’ may have lost 3 mandates this year, yet they still stand as the third biggest party in the Parliament. And the latest project of Danish (neo)-liberals, ‘Liberal Alliance’, could celebrate a great victory with 9 fresh seats in the Parliament. Along with the Social-democrats and the Socialist People’s Party, who went down 7 seats, the real losers of this year’s election were the Conservative People’s Party, who lost a remarkable 10 seats, thus shrinking from having been in government the entire last decade to representing the lowest position with only 8 seats in the Parliament.

One could point to the pragmatic and compromising approach of these three parties during election campaign as an apparent losing strategy. More than showing cooperative skill, this approach just revealed the parties’ missing visions in the eyes of many voters. The winners, on the other hand, were the parties who held firmly to their ideals: The leftists in the Red-Green Alliance praised social welfare in a country that has moved to the right for as long as many can remember, and the Social-Liberals reminded people of a greater moral responsibility for the environment and for the world outside of their national navels when most were occupied with everyday-household economic worries. Notably, female leadership counts for more than the top-post in the government: The leaders of, respectively, the Red-Green Alliance, 27-year old Johanne Schmidt-Nielsen (whom British newspaper the Observer recently titled “the new queen of Danish left-wing”) and of the Social-Liberals, Margrethe Vestager, have both had excellent personal election results, leading many to link their parties’ success to their charismatic leadership. Due, then, to an all-together majority of ‘red’ seats in the Parliament, the opposition gained what they fought for, after all. Besides, the elections showed a remarkably high voting attendance of 87,7%. The Danes may disagree to a confusing degree, but they sure all have an opinion to stand up for!

As with all good parties, the hangovers come heavy the day after. The last couple of weeks, Thorning-Schmidt has been struggling to design her new government, while calming an inevitable power-battle between the central-leaning Social-Liberals and the more left-wing Socialist People’s Party. Moreover, the Social-Liberals have now to consult the government-supporting Red-Green Alliance on important issues of saving the national economy over which the two parties strongly differ. Consequently, some political commentators have already prophesized the government’s downfall before it has even started its work. Others celebrate the new government as the end of an era of tough immigrant rules, privatization of welfare services and, consequently, increasing social inequality in the country. Meanwhile, media is speculating over whether or not it actually matters that Thorning-Schmidt is a woman. Should Danes praise this fact, or rather put on the post-gender eyeglasses and look beyond this?

One thing is certain, though. Helle Thorning-Schmidt has still to prove her legacy as a strong leader, and chances are, as the new right-wing opposition, strong in number and fast to comment on her every (wrong) move, this will prove quite a bumpy road to walk in new shoes. The near-future of Danish politics will probably show quite a lot of political strife – but at least, and worth mentioning in times of worldwide protests against state repression -, the people have chosen this political climate freely.