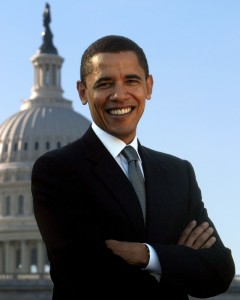 The first presidential term of Barack Obama is closing in. The president who entered office with promises of change back in 2008. The question now is not just whether he will continue to hold office, but also what change he actually achieved, especially when it comes to the domain of foreign policy.

A good point of departure might be to compare Obama’s foreign policy to that of his predecessor, George W. Bush. According to the scholar Michael Mastanduno, the Bush administration contributed to five major changes in U.S. foreign policy. First of all, the terrorist attacks of September 11 refocused the U.S. perception of threat and national security concerns. This pretty much filled up the spot left vacant after the collapse of the Soviet Union and reciprocally, re-established the geography of evil so necessary to the U.S. identity. After one year, most of the U.S. policymakers agreed that the central challenge was found among “global terrorism” and rogue states with capabilities to construct weapons of mass destruction.

Secondly, the U.S. foreign policy under George W. Bush was expressed in rather moral and binary terms. The U.S. role was framed more explicitly within the narrative of good versus evil. Take for example Bush’s reference to Iran, Iraq and North Korea as an “Axis of Evil”. This moral aspect also entails increased projection of U.S. values and institutions onto the rest of the world as a matter of security strategy.

Third, the U.S. totally dropped its cautious attitude inherited since the involvement in Bosnia and Somalia during the 1990s. Their pursuit for hegemony simply grew in risk acceptance and costs following the September 11 attacks, both in terms of their own casualties and in financial means. In the words of Mastanduno:

“They intervened and overthrew the Taliban despite ominous warnings that history was not kind to great powers who took on Afghanistan. The 2003 intervention in Iraq was more discretionary and considerably bolder. […] It could have spilled over into a more general Arab–Israeli war and led to political upheaval against friendly but fragile regimes in the region.”

Fourth, the U.S. turned a blind eye on the UN and similar institutional arrangements. Many have called this a shift from multilateralism to unilateralism. I find that exaggerated. The U.S. has more or less always only lent support to multilateral institutions when they have had assertive leadership over them. The only difference is that the Bush administration made things more explicit.

Fifth, the U.S. officials stated their nation’s supremacy confidently in public. The years of the Clinton administration always practiced some kind of restraint in this regard. While the Bush administration initially emphasized a humble and non-threatening approach towards the outside world, this radically changed after September 11, both in terms of rhetoric and policy.

Following the election of President Barack Obama, it is to the conventional view astonishing to note that none of these five areas really changed apart from the last one, that is, the rhetorical approach. In a severely ironic sense, Bush even initiated more change than Obama did when it comes to foreign policy. I leave it to the opinion of the obvious whether this was change in a good direction or not. The ambition of Barack Obama seemed really astute at first sight. It was by large even ajour with the transformation of transnational security issues (environmental changes, transnational crime, and so on), on which military forces seem quite futile.

For example, Obama announced an eventual shutdown of Guantanamo, a disavowal of torture, an undertaking of withdrawal from the war in Iraq, a lifting of travel restrictions with Cuba, an opposition towards Israeli settlements on the West Bank, and even sent invitations for dialogue with Iran and Syria. Altogether, the aggregate potential of the Obama Doctrine was what is usually called an exercise of “smart power”, a foreign policy leaning towards assertive multilateralism and traditional Open Door policies. None of these changes were initiated. Obama did withdraw from Iraq, but as the mission was accomplished, the favoured Iraqi coalition sworn into power, the oil contracts signed, the monopoly of violence restored; in that setting, who would not have withdrawn?

What I am saying is, let us not be totally naïve. Barack Obama is an American president after all, and it may come as no surprise that American presidents (as all others basically) seem to be deeply entangled in a rather complex structure of relations within the American ruling class. And they seem to have some rather exclusive interests (also grounded in structural logics, of course).

Many analysts of foreign policy that have studied the actual events during the first presidency of the Obama administration seem to be quite consistent on the fact that his politics is a continuation of the Bush Doctrine without its symbolic turf of moral rhetoric. 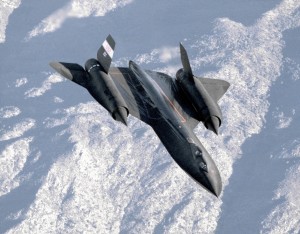 One difference is that of capturing less terrorist insurgents as prisoners. Instead, Obama has expanded the intensity of the unmanned drone war (the easy way to decrease inflow of POW:s into Guantanamo). It is not hard to realize that these drones are not ideal for the task of capturing prisoners. But it is also the case that Obama have improved the compliance of conventions in cases of close combat and captivity of insurgents in Afghanistan, but only slightly. According to Peter Bergen and Katherine Tiedemann in a Foreign Affairs article titled Washington’s Phantom War, it is also fait accompli that this drone war is waged indiscriminately (in Yemen and Pakistan for example) in clear violation of principles of sovereignty which do also result in large numbers of civilian casualties.

The Obama administration usually refers to these kinds of operations conducted by unmanned drones as “surgical”. This use of language was recently somewhat nuanced by Conor Friedersdorf at the Atlantic, considering that 15 percent of the victims were civilians:

“Using data that undercounts innocents killed, The New America Foundation reports that 85 percent of Pakistanis killed in drone strikes are “militants,” while 15 percent are civilians or unknown. What do you think would happen to a surgeon that accidentally killed 15 in 100 patients? Would colleagues would call him “surgical” in his precision?”

It is also interesting to speculate on the Obama administration’s standing execution of the alleged and self-acclaimed terrorist leader Osama bin-Laden. One may frame this retaliatory act as nothing but a domestic gesture of propaganda. In that case, its reception of standing ovations amongst the subjects of opinion is demonstrative of not only an enduring state of ethical fiasco, but also of the hypocritical posture of contemporary Western ideology. It is hard to imagine a reaction more primitive than what was achieved by this kind of extralegal actions. And besides, why would the U.S. fetter, shackle, imprison, and torture so many alleged terrorists and then, while finally getting their hands over the terrorist leader, simply not even conduct a single informative interrogation?

It is not easy to make sense of this strategy on the part of the Obama administration. It rather seems as if the United States is caught up in some kind of Athenian moment. I derive this concept from the famous ancient Greek historian Thucydides and his works on the Peloponnesian war that was fought between Athens and Sparta and their respective alliances from 431 BC to 404 BC. Most of the time, the Athenians waged war with great success, and won numerous of battles during the years. Eventually though, some rather erratic event occurred. They became so overwhelmed by their own success that they also became totally incapable of making any strategic decisions. Every city-state in their way was consistently burned to the ground. Even when their enemies did surrender. The word of the Athenian ruthlessness eventually spread amongst their adversaries, and so they also became increasingly reluctant to any surrender. They fought as stubbornly as they possibly could, knowing that if they surrendered to the Athenians their lifes would not be spared anyway.

Looking upon this from an analytical perspective, it might be understood as a total lack of hegemony on the part of the Athenians. Their behaviour had left them with violence as the only instrument of dominance, which clearly is a rather expensive way of dominance. That was also the eventual conclusion drawn from the experience of the Athenians; power should be used wisely. One may wonder if the U.S. is heading towards a similar deadlock.

It is evident however that Barack Obama is reluctant to use military aggression against Iran. But that is no mystery indeed. Even most of the American realist hawks (such as Dimitri K. Simes, 2011, Foreign-Policy Failure, in The Realist) is actually more worried about the nuclear arsenal held by Pakistan, which is a far more unstable regime than the Islamic Republic of Iran. And Obama is also a realist indeed, at least according to the words of David P. Forsythe in his essay US Foreign Policy and Human Rights: Situating Obama. Just as his predecessors, economic advantage is always prioritized over pursuit of human rights:

“Indeed, Obama’s first chief of staff, Rahm Emanuel, told a reporter that the President was basically a realist similar to the first president Bush.”

Whether Obama in case of re-election turns out to meet his original ambitions is therefore doubtful. What is likely to also affect the U.S. foreign policy over the coming years is the U.S. – China axis. As their economies are tied up in absolute symbiosis, they are likely to have a rather substantial effect upon each other. Note for example the fact that the word “Tibet” has practically not been uttered by any American official during the last eight years. In sum, the structure of mechanisms determining U.S. foreign policy is a matter of complexity beyond any individual, that is, presidential, explanations. But at least there is a pattern of some predictability.

What initially echoed the legacy of the Civil Rights Movement and Martin Luther King’s famous one-liner “I have a dream” was unfortunately turned into something such as “I have a drone”. Barack Obama, notwithstanding all expectations, turned out to be as “politically white” as his predecessors.