”Do you like London? Well, neither does the English.” This is the first sentence of Berlitz’s travel guide for London published in 1987 to introduce the potential visitor to the city. The author spends the following paragraphs explaining how the English soul rests in the countryside and that their country-dwelling peers look upon the Londoners with something that can most aptly be described as pity.

Since then the British society in general, and the capital in particular, has undergone a spectacular change. The internet revolution came and went and an unprecedented influx of people from all over the world, not least from the Commonwealth, landed on Britain’s shores. Many of them headed straight for London, more than a third of today’s Londoners were born outside of Britain. The great deregulatory spree, embarked upon by Margaret Thatcher was in its infancy in 1987, with most of the reforms being put in place only a year earlier. They have arguably come to have the most profound impact as they brought about London’s return as one of the most important financial centers in the world. These changes have been the foundation for a new globalized environment in which the British capital has thrived. London today is the only truly global city in Europe and one of few worldwide. 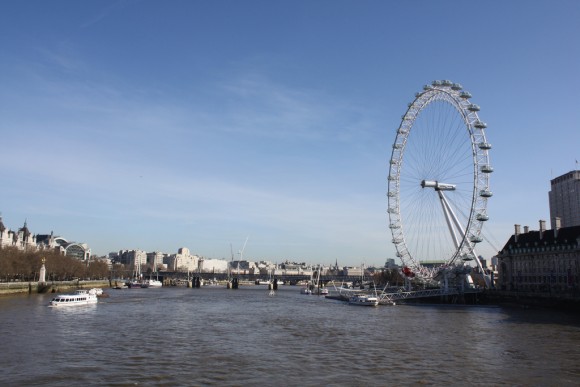 Bearing this in mind when you go to London will keep you open to what really makes a visit worthwhile. The first time visitor will inevitably tick off the list of must-see-things first and with this out of the way will be ready for the rest of it. Being the city it is, London has acted as a magnet for talented people in all fields. So weather you are into art, theater or any genre (seriously, any kind) of music you are likely to be able to find something you like. The main stream events are quite well covered in for example time out (http://www.timeout.com/london), for more obscure gigs or shows you have to dig a little deeper.

In way of food the city’s diversity has been a blessing indeed. Berlitz’s guide writes on the topic: “in the average London eatery you may be faced with a tired piece of meat, swimming in a bleak sauce alongside vegetables that has been cooked to death several times over”. In London today you will find all conceivable kinds of food and it generally comes cheaper than in Sweden. A great way to experience it is through the classic London market. Borough Market, sitting in the shadow of the newly risen skyscraper “the Shard” currently Europe’s tallest building, is a great place to start. Go there the day after a night out to enjoy breakfast, lunch or best of all, both. You can spend hours walking around sampling Indian tea, Swiss cheese, South American salami or any number of other specialties on offer. If you prefer to combine food with shopping Brick Lane market is a great choice. On Sundays the street comes to life and is best enjoyed with a take-away plate of Ethiopian, Mongolian or Japanese food while you sample the ubiquitous supply of second hand clothing and pretty much everything else you would, or would not, consider buying.

Brick lane is also a good stepping stone into the Shoreditch-Hoxton area that borders the city of London to the east. This old working class part of the city has over the past decades gone from run-down to the new creative and preforming arts hub of London. Walking the area you will find galleries and hipster-riddled pubs and coffee-shops. Although slightly pretentious the area is a great night out.

In the otherwise relatively uninteresting area of Highgate, north London, you find Highgate cemetery. The idea of spending precious vacation time in a grave yard might not immediately appeal to you, but this is no ordinary cemetery. It consists of two parts, the eastern and the western. The eastern is open to explore for yourself and is home to a host of dead celebrities, the most famous of who is Karl Marx. But it is the western part that is the real treat. The overgrown Victoriancreation really gets your imagination going, it truly feels like the halfway house into the kingdom of the dead. You have to take the guided tour to get into this part and it needs to be booked in advance.

But London is ever-changing. Against the backdrop of its iconic landmarks, red buses and lavish parks there is a steady stream of new concepts, ideas and thoughts being tried and rejected or accepted and woven into the fabric of the city. This vibrancy is London’s biggest asset, and the single biggest reason for a visit. Dull and unattractive as it might have seen 30 years ago, London is now on a major high. Go and enjoy it while it lasts!