After Romania lost World War II as an initial ally of Germany (after 1944 it turned to the Allies side), according to the Yalta Treaty, it fell on the east side of the Iron Curtain, under Soviet influence. The foundations of the former democratic monarchy were demolished with the abdication of King Michael I, who was forced by the circumstances to give up power in December 1947. At the time, the Communist Party was being supported by the political elites from Moscow, so it faced an unprecedented growth. 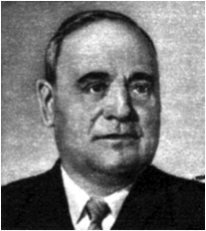 The first communist leader of the newly-proclaimed People’s Republic of Romania was Gheorghe Gheorghiu Dej. His professional background did not qualify him to take part in the decision-making process (he was an electrician), yet he became influent after being imprisoned along with other members of the Communist Party for organizing a violent laborer’s strike. For the most part of World War II, Dej was imprisoned, but it was during that time that he rose to the status of leader of the faction of communist prisoners. During his time in jail, Gheorghe Gheorghiu Dej met the person who would later turn out to be his successor, Nicolae Ceaușescu, and mentored him.

In 1944, Dej was named the general secretary of the Communist Party and he kept on obtaining high offices, mainly due to his pro-Stalinistic political ideas. Until his death in 1965, he became General Secretary of the Party, Prime Minister, and President of the State Council. It is no secret that at the time Moscow was the center of political influence in the east side of the Iron Curtain, and when a politician agreed with the practices and reforms of the USSR leader (at the time, Joseph Stalin), he or she was guaranteed national success and support.

When it comes to economic reforms, Dej took the example of the Soviet planned and centralized model and invested in industry. However, it was his obedience to the Kremlin leader that turned him into one of the most hated figures of modern Romanian politics: following Stalin’s anti-Semitic orientation, he had used a nationalistic discourse to gain popular trust and legitimize his acts of “Cleaning the Communist Party”. Dej wanted to eliminate “cosmopolitanism” from the party, so he used the very powerful secret police to eliminate every trace of Jewish members in the Communist Party. After the death of Stalin, Dej was unhappy with the turn of events within the USSR: he became critical over the de-Stalinization reforms of Nikita Khrushchev, but in reality he was feeling threatened by the wave of change. It was this fear that made him more independent as a leader and distant from the practices of the USSR. He developed a more nationalistic discourse, increased the industrialization process, allowed for certain books which used to be forbidden to be published (the writings of Karl Marx are among them), and even developed friendly relations with the United States of America (US President Lyndon B. Johnson considered Romania to be a friendly communist country in the context of the Cold War).

Despite these reforms which were beneficial for some citizens, he never stopped his prosecutions (which could include physical violence, condemnation to forced labor, and sometimes homicide) and there was a very well organized secret police that was in charge with legitimizing the regime among the masses. The secret police was in charge with the random application of terror (described in the previous article from the series), thus creating mass obedience.

Gheorghe Gheorghiu Dej died in 1965 at the age of 63, due to kidney cancer. There are rumors regarding his death, according to which he might have been exposed to powerful radiations during his last visit to Moscow. It is true that he was regarded as a Stalinist and was not appreciated among the other Warsaw Pact states, yet nothing was ever proven. His dictatorship is usually regarded as the most ruthless and both politically and economically difficult period from Romania’s communist era. 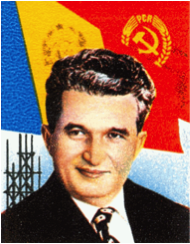 Nicolae Ceaușescu rose to power in 1967, after a short and not so notable ruling of another important member of the Communist Party, Chivu Stoica. Ceaușescu is usually regarded as the direct successor of Dej, despite his completely different political orientation: if Dej was a conservative Stalinist, Ceaușescu came out as a reformist. This was in a complete contrast with the Soviet leader of the time, Leonid Brezhnev, who was a neo-Stalinist. Ceaușescu became popular in the first few years of his ruling of the newly-renamed Socialist Republic of Romania (it was previously called the People’s Republic of Romania), as his administration has brought a short period of prosperity. He has also established good relations with states like China, West Germany, or Israel, which were in tense relations with the USSR.

However, Ceaușescu was far from being the father of the nation and the righteous intellectual he posed as: professionally speaking, he was a mere cobbler who went to school for only 4 years. Also, he never hesitated to use his secret police machinery for terror purposes, in order to legitimize his totalitarian regime.

During the ruling of Ceaușescu, many blatant impeachments of the fundamental human rights occurred, and they mainly consisted of Stalinist practices (he may have been a reformist, but he never hesitated to use violence). Moreover, the Romanian dictator has undergone trades with Israel and West Germany by allowing the citizens of either Jewish or German nationality to leave after receiving a payment from the respective states. The average Romanian did not have the financial resources to go abroad, and the countries which the fortunate and wealthy ones could visit were just the ones under the Soviet influence.

One thing for which Ceaușescu should get credit is his refusal to join the invasion of Czechoslovakia in 1968. His refusal to go with the Soviet flow and continuous strive for national independence of Romania have brought him both national and international praise. But at the national level, his administration was draconically oppressive, the last part of the mandate being characterized by poverty, a shortage of food, and limited access to commodities such as hot water, heat during winter, and sometimes electricity (in the 1980s, the light was turned off for at least one hour almost every day). When it comes to the education of children, the “future proletars” were indoctrinated with the political ideas of the regime (they were made to worship Ceaușescu every day), and from 1978 on had to do agricultural or industrial practice, as a part of the industrialization plan. Children were prepared for their jobs as workers in factories, and neither critical thinking nor free speech was encouraged.

Ceaușescu created a huge national debt to the International Monetary Fund, which peaked at 13 billion US Dollars. The money was spent on building factories, blocks of apartments for the workers, a subway train system in Bucharest, and the megalithic People’s House (nowadays named The Palace of Parliament – the 2nd biggest administrative building in the world, right after the Pentagon). His stubbornness to pay the debt as fast as possible led to a food crisis in which the people lacked basic food products, as they were sold to other countries. During the time, every working citizen had a card which allowed him or her to buy a predetermined amount of food every month. This led to many discrepancies and trades between families, depending on the preferences (there was no other way; everyone had the same amount of bread, butter, milk, olive oil, etc.).

The growing discontent of the people, Gorbachev’s non-intervention discourse, and the fall of other Western communist regimes all led to an event that is controversial to this day: The Romanian Revolution of 1989. Some scholars say it was a genuine revolution, while others claim it was a very well plotted regime change. Stay tuned for the next article which will cover The Romanian Revolution.