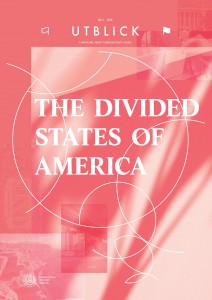 The Divided States of America

On November 8th this year, the United States will elect its 45th president. The two main parties, the Republicans and the Democrats, both seem to have decided on a nominee. Donald Trump, a billionaire businessman from Brooklyn, will stand as the republican candidate. His adversary will, with the greatest certainty, be Hillary Clinton, even if Bernie Sanders has vowed to keep fighting until the convention on July 25th.

Compared to other years, this campaigning process stands out. Less than a year ago, Jeb Bush, the son and brother of the two former Bush presidents, was generally conceived to be the presumptive republican nominee. However, just like the rest of the establishment republicans, he got caught in a maelstrom of right wing populism, and was forced to drop out quite early.

On the other side, Hillary Clinton lead the polls by enormous margins when the race started. While she’s still the candidate with the most votes, her lead has shrunk from insurmountable to minimal. Bernie Sanders, the man responsible for Hillary’s declining numbers, was ruled out for his socialist sympathies when he launched his campaign. He now holds sway over young voters, and dominates the internet in an impressive fashion.

But why is it that streams of populism, both to the left and right, have gained such strength? This issue of Utblick will attempt to pinpoint some of the reasons behind this election’s ideological irregularities, as well as offer candidate related debate and information about the US and its electoral system.

We sincerely hope that you will find the issue informative, interesting, diverse and enlightening, and that you will enjoy reading it is as much as we’ve enjoyed making it.

Other articles in this category