The first issue of the autumn 2018 is finally HERE!! In this number we’ve talked about the broad subject of MEDIA.

For more than a decade the press freedom has declined in the world, but at the same time new kinds of media are on the rise.

Recent events have made us wonder about which changes media will go through in the near future (digital revolution?). Since cases such as Snowden’s whistle-blow or Cambridge Analytica, how much do we know about how the data we provide and the data we receive is being handled? Furthermore, could the current state of a decentralized and extremely rapid flow of information have any consequences with practices like biohacking? 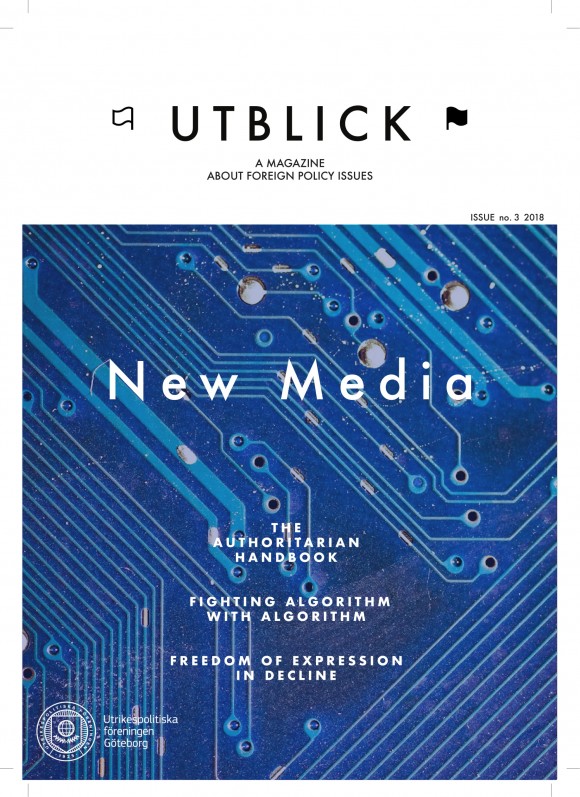 This leads us to social media and how we interact with it; from the narcissistic use of social media to the unconsented recording of Korea
n women in public spaces. And also fake news, a term that has come up and been discussed all over during the last couple of years. But what exactly is fake news and how does it affect you? We hope you can find some answers with the specific case of Macedonia and how fake news managed to disband the country’s renaming referendum.

We also want to build your hopes up with a very inspiring inte
rview with Swedish news reporter Carina Bergfeldt and her thoughts on the journalistic career, the current politics and how has she managed to do some amazing things such as reporting the KKK from within.We should also be aware of the role of the more conventional media, by some cases such as Singapore and LGBT rights, performative violence and its treatment by the conventional media and lastly, Spain and its controversial freedom of expression. And on a bigger trend, the tu

rn to illiberalism in democracies. So, to wrap it up, you will be able to find an “authoritarian handbook” :)