The League of Nations first started during the First World War, as an attempt to “end all wars” after several years of conflicts between great powers. Some of the ideas developed by President Woodrow Wilson’s speech that considered several strategies to maintain national peace and security, also known as the Fourteen Points, which he held during the break down of the First World War. After the League of Nations failed, the United Nations was finally established at the end of the Second World War, with the ambition to maintain peace and security. It might be called one of the first intergovernmental organizations and is today one of the oldest lasting organizations. On the other hand, you cannot ignore the European Coal and Steel Community, which then evolved into the European Union, as well as the African Union, the League of the Arab States, and some other intergovernmental organizations which were founded decades ago. The end of the Second World War appeared to be the starting point for numerous governments to cooperate towards stability and economic growth. Several countries struggled with conflicts and economic hardship, and the journey towards peace and security has been long and challenging throughout the years. Nevertheless, is the United Nations the leading harbinger of international peace?

As stated, the main goal of the United Nations has, since its foundation, been to uphold harmony by phasing out armed conflicts with the exception of self-defence and those given permission by the Security Council according to Chapter VII of the UN Charter. The security council includes a total of 15 members, 10 of which are rotated every two years, whereas the remaining five have been permanent since the UN was founded. These members consist of China, France, the Russian Federation, United Kingdom, and the United States of America. Each possess veto power in the decision-making process. The Security Council also has the authority to clear up conflicts that might threaten international peace and security through diplomatic and economic sanctions as well as military force, if needed. That being said, almost all independent states are members of the UN. While Vatican City State has “permanent observer” status at the UN, Taiwan is not recognized by the UN as a sovereign state as People’s Republic of China – which has veto power –  keeps stating that Taiwan is a province of China, and thus not a sovereign state.

As previously stated, the UN also has the authority to use military force and economic sanctions against member states which threaten international peace. These means are referred to as hard power or as coercive methods of influence. Joseph S Nye Jr defines power as “the ability to influence the behaviours of others to get the outcomes one wants”. One might instead, through a so-called “soft power” approach, try to appeal to people’s cultural, political and social values in order to change states’ behaviours. This kind of method is more acceptable and far-sighted if you consider aspects like reputation and future relationships. Throughout the years, the United Nations has been able to maintain a good reputation, notably with the soft power approach through political values It acted several times as a mediator to keep up a civilized relationship between states, even if they might be tense.

On the other hand, the UN has been criticized during the last few decades for not sufficiently protecting the civil population during conflicts. It could instead seem to prioritize sovereignty over human rights, whereas civil factors were neglected entirely when genocide historically occurred. The member states finally agreed to adopt the Responsibility to Protect (R2P) principle, that supposes to protect the humankind from genocide, crime against humanity, ethnic cleansing, and much more. This principle was used in Libya in 2011 in order to protect the Libyan population against their dictator Khadafi. Nevertheless, the states acting under the Responsibility to Protect principle surpassed their mandate which created distrust against this principle.

Then again, the United Nations has combined both hard and soft power, even if it claims that military use should be restricted, while military tools, in the early years of the organization, were not as developed as they needed to be. It reached a turning point in the beginning of the 21st Century while implementing new methods to prevent any further escalation in conflicts, which had already occurred in Somalia and in the former Balkan area. These conflicts had partly escalated because of the rivalry between Russia and the U.S., as they provided for financial and military aid to some states in the Global South. The two Great Powers were also using their veto power as permanent members on the Security Council.

While watching the historical progress of the United Nations, working to maintain peace and security, the goals remain the same while the methods are changing. The UN can be said to use a combination of a more coercive method, in terms of economic and military influence, and it also adapted in accordance with softer methods. These methods have changed in response to historical turning points, critics, and individual actions. The UN has the power and resources to govern over several states to maintain peace and security as described in the organization’s mission statement at the time of its establishment after the Second World War. Whereas the UN has the potential to govern all states towards global peace and security, will it ever really be able to do so whilst fostering these kinds of power imbalances?

Want to hear more about the UN and the power it holds at its 75th anniversary? Check out the podcast The Global Inn! 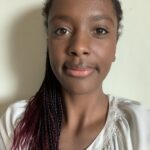 Writer for Utblick since Autumn 2020, I am a masters student in public administrations. I have always had an interest in international politics, human rights, and state building.