The initial roll out of Covid-19 vaccines has been punctuated by a mix of emotions. Feelings of relief and hope with regards to widespread immunization are blended with deep frustration and disappointment due to delays of vaccine doses in Sweden and large parts of Europe. However, as we start to discern the beginning of the end of the pandemic in our corner of the world, we cannot ignore the rest of the world where vaccine doses are out of reach.

Those were the concluding remarks of Dr. Seth Berkley who is the CEO of the Vaccine Alliance (Gavi), which leads COVAX’s procurement and delivery.

COVAX is the only global initiative that is collaborating with governments and vaccine manufacturers with the aim of accelerating the distribution of the Covid-19 vaccine and making it accessible to every country in the world. The initiative is co-led by the World Health Organization (WHO), The Coalition for Epidemic Preparedness Innovations (CEPI) and Gavi – all global organizations with extensive budgets. Their goal is to distribute six billion doses in the upcoming years, of which two billion doses, to 190 participating countries, by the end of 2021. Notably, 1,3 billion of these doses have been allocated for 92 low- and middle-income countries who lack the purchasing power to provide their own vaccines. COVAX’s ambitious distribution plan is to immunize 20% of the population in low- and middle-income countries that participate in the initiative.

The start of the global vaccination process that we are currently experiencing uncovered some great injustices concerning global health, and vaccine distribution in particular. While nearly 40 million doses have already been rolled out in at least 49 advanced countries, up until recently, only one of the lowest-income countries, Guinea, had begun vaccinating its citizens. They have done that with the negligible supply of 25 doses, according to the head of the WHO, Dr. Tedros Ghebreyesus. In order to avoid misinterpretations, he reiterated, “Not 25 million, not 25,000, just 25”. The reality is that 53% of the doses of the most advanced vaccines have been secured for a mere number of 14 % of the global population. That estimation includes Moderna’s total predicted vaccine production and 96 % of Pfizer’s total production, which has already been earmarked by wealthy countries.

The hoarding of Covid-19 vaccines being carried out by predominantly rich nations has created a vaccine inequality that not only threatens to prolong the pandemic, but also further damage the global economy. According to a new study, if poor countries continue to be excluded from the vaccination process, the resulting economic burden will to a large extent have to be shouldered by rich nations who rely heavily on international supply chains connected to low- and middle-income countries. The study estimates costs could exceed $4,5 trillion this year alone. Compare that to the $27 billion deficit currently facing the COVAX initiative and it becomes clear that an equitable distribution of vaccines is in every country’s best economic interest.

While the race for mass vaccinations has been marked by inequality and injustice, the WHO recently stated that COVAX is on track to ensure at least 2 billion doses by the end of this year. The burning question is how countries in the developing world will manage over the long-term, considering that only 20% of the populations of the COVAX-participating countries stand to be immunized against Covid-19 by the end of 2021. According to a new report from The Economist, middle-income countries such as Russia, China and India are estimated to have completed mass immunization by mid- or late 2022. This projection is to a great extent reliant on the fact that they have the resources to develop their own vaccines. The vast majority of low-income countries are completely reliant on COVAX and its capacity to distribute the vaccines efficiently. It remains to be seen if COVAX can achieve its ambitious goals in the face of hurdles that continue to materialize. Firstly, the arrival of COVAX supplies may be slower than originally anticipated. The fact that Great Britain and the EU currently are fighting over scarce vaccines due to a recent slowdown of production, reveals that there is now a greater risk for developing countries to get left behind as delivery dates for poor nations are postponed. The report indicates that widespread vaccination coverage in developing countries in general along with most African countries will not be realized before 2023, as illustrated on the map.

The “vaccine nationalism” highlights desperate and scientifically groundless political actions which ultimately are based on self-interests. It is apparent that an equitable distribution of Covid-19 vaccines will be fruitful for every nation in the world, especially with regards to the global economy and global health. Yet, a small number of countries prioritise their populations first and foremost. The roll out of vaccines is being carried out around the globe as I am in the midst of writing this and it is not too late for governments to finance what is needed in order for the COVAX initiative to be successful in its mission. This initial process of failures and injustice does not have to dictate the conditions for hundreds of millions human lives for the years to come. However, advanced countries must realize the scale of this global crisis and acknowledge the pivotal importance of their actions. Seeing that COVAX is the only global initiative that seeks to put an end to the pandemic concurrently all around the world, advanced countries must take advantage of the strength of collective action in order to speed up the recovery for every population around the globe. 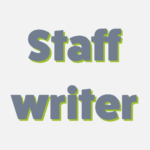 Writer for Utblick since autumn 2020