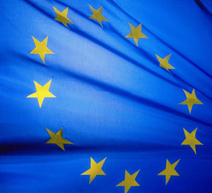 Over the past 20 years, Central Eastern Europe has been characterized by major historical events that have ultimately led up to great changes in the regions economical, political and social structures. The possibility of traveling overseas has progressively expanded facilitated by the entry of numerous Eastern European states into the European Union.  As there are still great inequalities between West and East, rich and poor, many Eastern Europeans decide to invest their life savings into building themselves and their children a better life at the opposite side of Europe.  What is left unknown and rarely spoken of is that thousands of Eastern European children, the “Euro-orphans”, ultimately pay the highest price.

The phenomenon itself is nothing new. Citizens of poor countries have always migrated to more fortunate states in hopes of elevating their standard of living. Regrettably, inadequate incomes and practical inconveniences often result in children being left behind with relatives, neighbors, older siblings or in more extreme cases out in the streets whilst their parents immigrate abroad to allegedly improve the financial situation for their family.

As there are high costs associated with the parent’s homecoming many children reunite with their parents as rarely as once or twice a year. This scenario has previously been played out in third world countries such as Bangladesh, the Philippines and China. Now, the same phenomenon is displayed in Europe. These children are universally recognized as so called “Euro-orphans”. “Euro” because the problem is especially frequent in the newly EU-affiliated countries.

There is no exact figure verifying the amount of Euro-orphans in Europe. The European Law Foundation declared in May 2008 that it is a matter of hundred thousands of children within the Eastern European borders. Today, experts claim there are a great number of unrecorded cases and that the actual amount is greater. “8 out of 22 children in my class are so called Euro-orphans” testifies one of the polish teenagers Utblick has spoken to. Subsequently she explains that these statistics only represent the amount of children whose parents permanently live abroad. If she were to count in those parents who leave their children at times but return temporarily between voyages she clarifies that”the number would be even higher”.

Judged by border arrangements and job availability millions of Eastern Europeans decide to migrate to Great Britain, Ireland, Germany or one of the Scandinavian countries.  Generally, they work as cleaners or on-site construction workers through which they commonly obtain a wage exceeding double the amount compared to what they would gain from performing their actual undertakings in their home country.

Interestingly, Western and Eastern opinions have surprisingly conflicting perceptions on what causes parents to leave their children whilst they themselves work abroad. Western voices victimize the parents, referring to the steady stream of foreign labour descending from Eastern Europe as inevitable. Hard living conditions and poverty mark the Eastern European countries and therefore parents have no other choice than to build up their lives elsewhere. They state that the majority of parents consider it to be a hurtful but temporary solution and plan to reunite with their children as soon as they have earned enough money to live the life they desire in their home country.

Eastern Europe is often of a different opinion.  Voices claim that leaving children behind is a decision executed by choice not necessity. The parents are considered irresponsible, inconsiderate and ignorant of their children’s needs. Parents decide to stay longer than planned and upon return discover that the children they last saw are now full-grown adults.

Child psychologists from both sides of Europe accentuate that the separation of children from their parents may result in great emotional damage, both for the children and their parents. They also emphasize that children are unable to relate to adult argumentation. Parents may portray their absence as temporary and motivate their departure with the lack of financial means but most children will irrespectively perceive the situation as a complete abandonment and rather see it as a lack of love, leaving them in a state of confusion. This might result in trust issues, ultimately, hindering these children from building long lasting relationships in their adulthood.  Studies also demonstrate that these children run an elevated risk of exposing themselves to criminality, drugs and prostitution and that they tend to be overrepresented amongst teen pregnancies.

Unnoticeably few organizations attend to the source and effects of Euro-orphanage and the general public is generally unaware of its existence. Certain governments have initiated small-scale projects which aim at offering these children the support they need but generally speaking these efforts are barely satisfactory.

Irrespective of what causes parents to leave their children, choice or necessity, the fact remains unchanged. There are hundred thousands of abandoned Euro-orphans within the borders of Europe. Children, whose voices should not be left disregarded.  As the European Union continues to expand it is most probable that so will the complexity surrounding Euro-orphanage. Ultimately, these children deserve to be recognized irrespective of if they are an outcome of the lack of love or the lack of money.