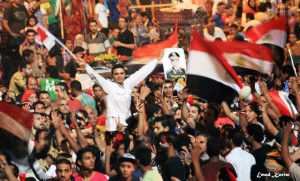 The international spotlight is once again on Egypt as the military deposed president Morsi on Wednesday following mass protests. Amongst the millions of protestors is Emad Karim, a 30-year-old human rights activist from Cairo who works professionally with ICT for development. He is on Tahrir Square nearly every day in the current wave of protests and documents the revolution through at-the-spot photographs which can be seen throughout this article. Utblick asked Emad a few questions about the sentiment amongst Egyptians and the current situation in the streets of Cairo.

Could you describe the main reasons why you personally chose to take to the streets?
– The ousted president Morsi failed to meet the aspirations of the Egyptians post revolution starting with basic needs, as in declining access to gas, electricity, water, to the declining economy and state of human rights.

What do you believe are the main points on which Morsi’s government failed to achieve progress?
– Through presidential decrees, Morsi tried to combine all powers executive, legislative and judicial, which was a very bad move that made people lose trust in him. Morsi also failed to offer a pluralistic ground for all parties to participate in decision making and limiting prominent positions for Muslim Brotherhood members. People are frustrated by the ineffective call for dialogue that the president urged many times and that was never fulfilled on the ground. 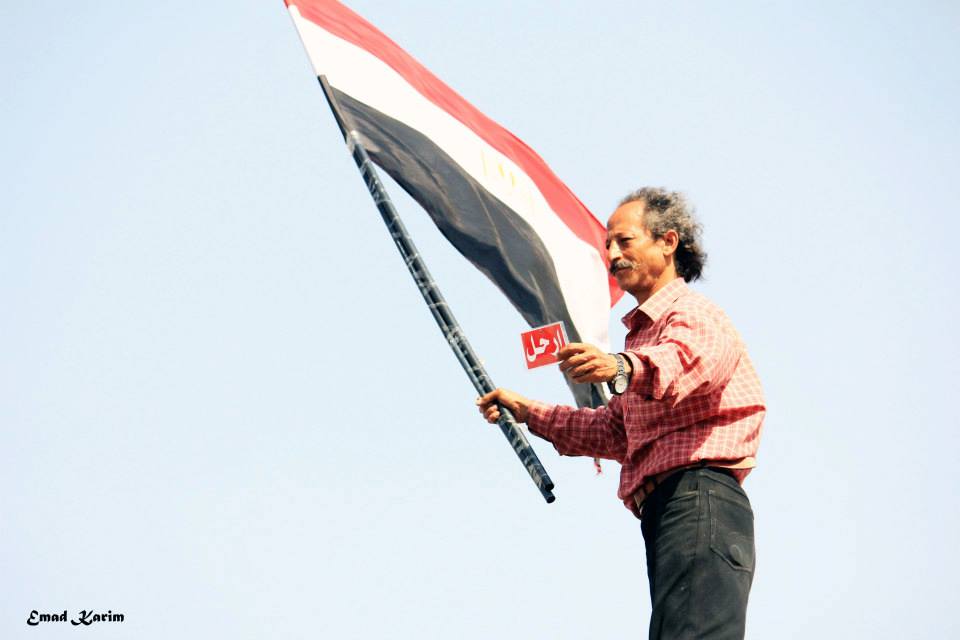 If you compare the 2011 revolution to the current one, what would you say are the main differences and similarities?
– The difference is that now people feel more empowered, more certain that their voices matter and they can change the highest leaders in the country. Through the last two years people learned a lot and have been more involved in politics and civic life. Just walking in the streets anywhere, I am overhearing political debates and analysis by the simple Egyptian people regardless of their education, social, and economical class. While in 2011 all Egyptians were on the same side against Mubarak’s regime corruptions and brutality, now they are divided between anti- and pro-Morsi’s ruling. The similarities is the combination of lost souls, hundreds of injured without putting anyone accountable or bringing justice to the victims.

It has been a few days since Morsi was deposed by the military. What is the sentiment amongst the Egyptians right now? Are people celebrating, or is there a concern that Egypt is heading back towards a dictatorship?
– Celebrations have been in many places all over Egypt, millions of Egyptians take to the streets and squares. There is a major concern now with the supporters of Morsi mobilizing and demonstrating to bring him back. More because of the clashes happened last night and expected to happen if their demands are not met soon.

Now Morsi’s supporters are in the streets with soldiers reportedly shooting at the crowd. What is your take on this?
– The military has been cautiously dealing with demonstrations and when clashes happened between the supporters and oppositions they usually back down not to take any sides. I don’t think the military will be so irrational to the extend to shoot at the crowed. One of the videos of the victims killed in front of the republican guards shows that he was killed from behind not from the guards’ side. 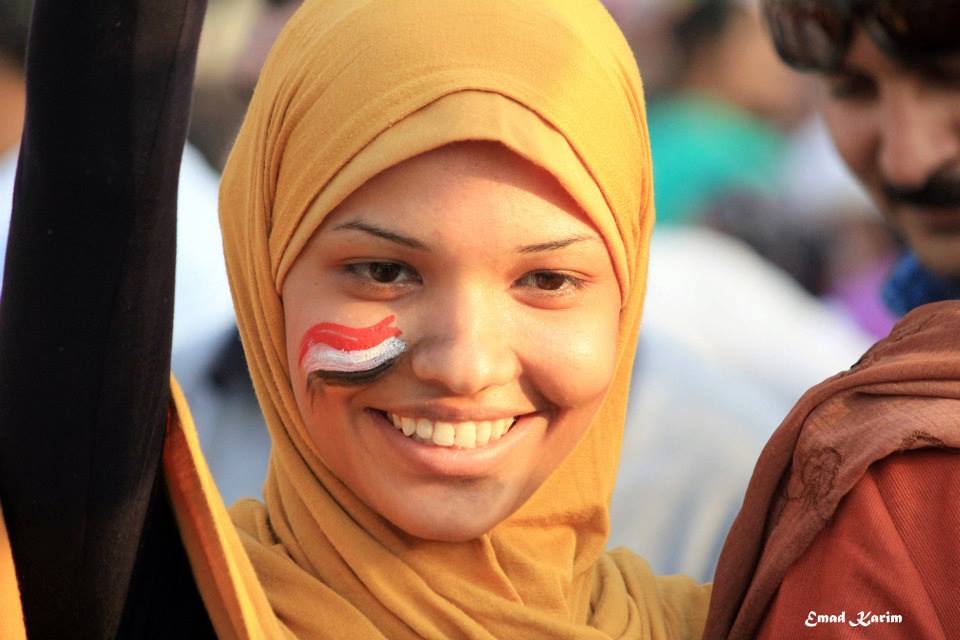 What kind of Egypt do you hope to see in the future?
– I am hoping that the leaders reach out to a conciliation plan that is comprehensive and gives everyone an equal opportunity to participate and lead the country. A country that respects human rights and gives every citizen a decent life and the opportunity to pursue their happiness in a safe and supportive environment. A country that glorifies science and adds to global knowledge more than just being a host of the pyramids.

More of Emad’s photo series on the Egyptian revolution can be viewed on his Facebook page, https://www.facebook.com/Emad.Photos