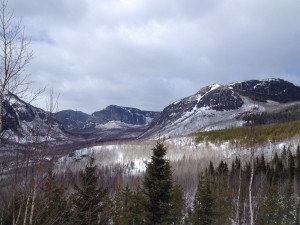 In Québec, the issue of national identity and the system known as reasonable accommodation, adjustments made in society to accommodate certain rights based on e.g religion or disability, have for a long time been issues for controversial debate. This was especially apparent between September 2013 and april 2014, when the Canadian province of Québec carried out a heated debate on the issue of one controversial bill. A frenchspeaking province of 8.2 million with a Catholic heritage, Québec is part of a country that is often seen as liberal and a friend of progressive values. To this, an openness to multiculturalism should follow and, in many ways, Québec measures up. For example, Montréal is the world’s largest bilingual city and a large part of Québec immigrants settle there, which suggests acceptance and flexibility. But the unifying project that Bill 60 was said to be was in fact a shift towards intolerance rather than a society in harmony.

Bill 60, known as the Québec Charter of Values, was proposed by the Parti Québécois (PQ), the separatist party that ruled the province in a minority government in the fall of 2013. The bill promoted secularism, a society in which state and religion was fully separated, and consisted of different elements affirming religious neutrality. The bill suggested public institutions should remove all religious symbols, and the focal point of the public debate quickly became about the article forbidding government employees from wearing objects with religious connotations. This included conspicuous headgear, clothing, jewelry or other adornments which indicate a religious affliction. The rule would apply to all public servants, such as doctors, nurses, teachers, police and administrators.

However, symbols of cultural significance (in this case Catholic), were protected by the charter. For example, the crucifix hanging over the speaker’s chair in the Québec National Assembly, or a cross worn by a government personnel could still be displayed (as long as it is not ”larger-than-average”), while the kippah or turban would be banned. The attire under the most scrutiny during the debate was the hijab, a veil worn by some muslim women. The debate was most heated around this particular symbol, both religious and/or cultural, and pro-bill advocates often used the muslim veil and headscarf in the rhetoric promoting the bill. Hostility towards muslim women escalated during the final months before the election and charges of verbal and physical abuse increased by 300% in Québec compared to the months before, according to the Quebec Collective Against Islamophobia.

The backdrop for Québec secularism comes from a movement in the 1960’s, when the political role of the Catholic Church was taken away, and church was separated from state. By supporters, the Charter of Values was seen as an extension to the movement of the 60’s, merely reaffirming these values. This time, emphasis is put on culture. Québec culture is filled with Catholic symbolism, and Catholicism and Catholic cultural identity is clearly favored in this quest for secularism. Therefore, it is a distorted secularism. Supporting the bill is not supporting state secularism or religious neutrality. It is to support one cultural identity: the idea of common Québec values connected to a homogenous francophone secular Catholic community. In other words, it is marginalizing all people who are committed to a religion different than the one Québec was founded upon.

In light of all this, with the PQ being a separatist party as well as a promoter of discriminatory values, the separatist movement and the idea of a sovereign Québec is somewhat stained. With the two being connected, and with the nationalist, identity-driven campaigns by the PQ, the independence movement has lost a lot of appeal. Comparing it to recent events in Scotland, Québec is a whole other beast to tame. The idea of Scottish sovereignty is more connected to political and economic independence and unlike many other parts of the world, including Québec, the campaign was free from the issue of culture, language and traditions.

In the beginning, the bill had a great deal of support, and as public debate went on it divided the province in half. Finally, the Liberal party defeated the PQ in the April elections and with this, the charter was rejected. Nevertheless, the debate still lingers. Of course the question about the place of religion and multiculturalism in society is not limited to this part of the world. Nevertheless, concern of state targeting certain values and beliefs is very real. Especially, since the current liberal provincial government is now apparently working on a ’moderate’ version of the original Charter of Values.