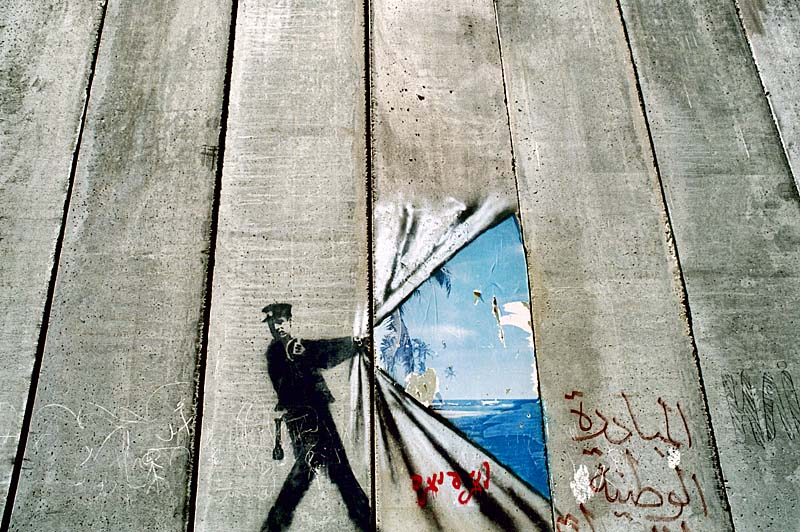 “Fighting for the right of not being forced to do something, to just be”

At the academy of Music and Arts of Gothenburg University we sit intact, within rose colored walls flowing with the oriental sounds that seduces us with fantasies of a different place and time; pulling us to a world of ancient music and its power in connecting with humanity. The musician puts down his kereshmeh and life throws everything back to the harsh reality played out in a different part of the world, yet in the same sphere of time as ours:

“We are […] sick of the wall of shame that separates us from the rest of our country and keeps us imprisoned in a stamp-sized piece of land; sick of being portrayed as terrorists, home-made fanatics with explosives in our pockets and evil in our eyes; sick of the indifference we meet from the international community, the so-called experts in expressing concerns and drafting resolutions but cowards in enforcing anything they agree on; we are sick and tired of living a shitty life, being kept in jail by Israel, beaten up by Hamas and completely ignored by the rest of the world. […] Here in Gaza we are scared of being incarcerated, interrogated, hit, tortured, bombed, killed. We cannot move as we want, say what we want, do what we want.”

It’s the last day of Global Week and the university has arranged a seminar about the importance of music in the Palestinian resistance. Ahmad, musician and teacher at the academy of music and arts at Gothenburg University, shares some thoughts from his own experiences of the importance of his life in Palestine:

– As an artist in Palestine, you often end up stuck in a box by which you and your art is defined; music and life in a bigger sense is very politicized. Avoiding politics or not making a statement is understood as a political act. Even sitting at the toilet is seen as that; fighting for freedom in Palestine as a human-being in my opinion means fighting for the right of not being forced to do something, to just be.

Khaled Harara, an exiled Palestinian author in Gothenburg shows us two of his music videos: Wind of Pain and We Teach Life, Sir. The first one mixes the lyrics from a traditional Swedish folksong “Vem kan segla för utan vind?” and videos from the war between Palestine and Israel that broke out again this summer with rap in both Arabic and Swedish. The song is meant to convey the confusion and hopelessness Khaled felt being separated from his family while bombs were falling over their heads in Palestine. The second song is a mixture of different genres and the lyrics are mostly in English, a method that is used as a way to reach out to the world. The importance of music to Khaled is the way he can communicate to the world what is happening in Palestine, and to show the bravery of the citizens in adapting to an extreme situation:

– The only thing that I can do living outside of Palestine is to tell other people the stories of my own people. Living in Palestine means living with the presence of death. It’s like death and life is at equilibrium…But as the war continues, life moves on and people try to live their lives as best as possible whatever happens.

A man from the audience adds to the discussion by telling a story of a female singer and actor, and how she defined the situation for artists in Palestine.

– To create there’s always a battle between two enemies, the one from the inside and the other from the outside. The enemy from the inside is the suffering and hopelessness you feel living in a situation as in Palestine. The outside enemy is the one who destroys all possibilities to create: instruments, infrastructure etc. To be able to create, you have to fight against both.

The music of resistance is not defined by its sound but by the way it is created and what it communicates. Driving the seminar to a close, a conclusion appears to be that the music of resistance is not a specific genre but depends entirely on context and how it is interpreted by the audience. Ending the discussion, Ahmad recalls the importance of music in giving children a way to escape the harsh realities of war and a heavily politicized society by becoming a platform where children can play.

Note: the bits of text written in bold print are taken from “The Gaza Youth Breaks Out Manifesto”. The music videos Khaled Harara screened are: “We Teach Life Sir” and “Wind of Pain”